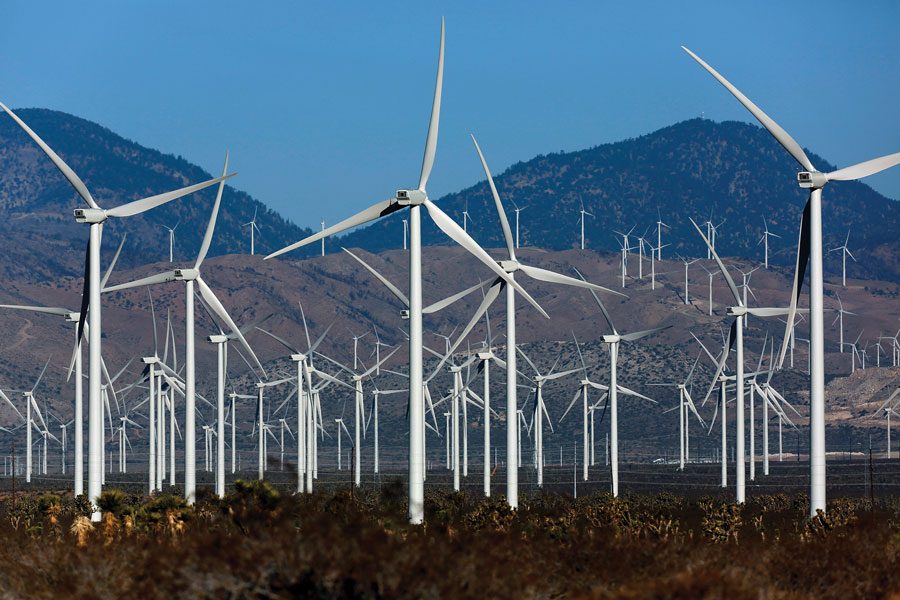 Wind Turbines in Los Angeles in May 2013.

In December, the Evanston City Council approved the Climate Action and Resilience Plan, which included a 100 percent renewable electricity supply for Evanston by 2030.

The comprehensive plan is Evanston’s latest response to the harmful impacts of climate change, offering several goals for the city to achieve in the coming years. In addition to the renewable electricity goal, these goals include phasing out single-use plastics by 2025 and becoming carbon neutral by 2050.

“We need to do all we can at the local and the state level because I think efforts of the federal government are kind of stalled,” said Ald. Eleanor Revelle (7th). “We can’t afford not to do anything and wait for something to change in Washington, D.C. It’s really important that we as individuals, we as a community and we in the state of Illinois really take it upon ourselves to do all we can.”

The plan is not Evanston’s first plan to combat negative environmental effects. Previously, the city introduced the Evanston Climate Action Plan in 2008 and the Livability Plan in 2014. Both plans successfully reduced greenhouse gas emissions by 13 percent and 19 percent, using 1990 and 2005 levels as the base measurements, respectively.

Evanston’s most recent plan follows an October report from the Intergovernmental Panel on Climate Change, which warned that failure to curb climate change could result in disastrous effects, such as wildfires and food shortages.

The plan, while focusing on mitigating the impacts of climate change in the Evanston area, also works toward adapting to climate change consequences that are likely to occur, according to Mariana Oliver, a member of the CARP working group and a Northwestern graduate student. One thing she looked at was the possibility of extreme heat in the future.

While the plan calls for concrete steps to combat climate change, it also includes more abstract objectives, such as providing education campaigns that encourage actions like reducing energy consumption. In addition to CARP, city staff are expected to release a more detailed implementation proposal in March, according to the City of Evanston’s website.

For Ald. Donald Wilson (4th), the culture change associated with fostering better environmental habits is governed through the educational component of the plan.

“If we’re going to really effectuate long-term change, one of the main things we really need to do is to change how and what we consume and how we get ourselves around,” Wilson said. “It’s going to require people to do things differently: consume less, consume more thoughtfully, walk more, bike more, be more amenable to allowing the city to develop infrastructure that does support more comfortable pedestrian and bicycle options.”