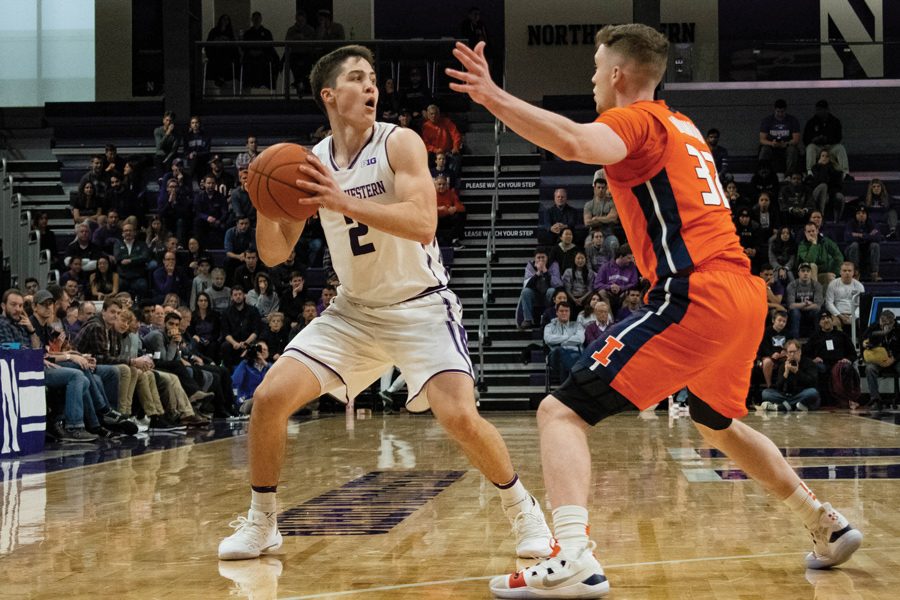 Over the past 11 months, it would not be unreasonable to call No. 2 Michigan the best team in college basketball.

Since the 2018 calendar flipped from January to February, the Wolverines have played 33 games. Of those 33 games, 31 have ended with a Michigan dub. And despite those games coming against top-notch competition, only nine of the wins came by a margin of less than 10 points.

Nobody has matched up with the Wolverines (16-0, 5-0 Big Ten) as well Northwestern. At Allstate Arena last season, the Wildcats picked up their biggest win of the winter with a 61-52 victory over Michigan.

Then last month, NU (10-6, 1-4) was a buzzer-beater away from sending the Wolverines back to Ann Arbor with their first defeat since the 2018 National Championship game.

Now the Cats have a chance for revenge and the opportunity to be the first team put a blemish on Michigan’s unstained record when NU plays the Wolverines on Sunday night in Ann Arbor.

In the last matchup, the Cats came back from a 15-point deficit in the second half to take a three-point lead with about six minutes remaining. The two teams then traded leads before graduate guard Ryan Taylor’s 3-point heave missed as the clock hit zero and Michigan escaped a lively Welsh-Ryan Arena with a 62-60 win.

One of the big changes NU made defensively that powered the run was a tactical move against the Wolverines’ point guard Zavier Simpson. The Cats sagged off Simpson, who went 0-for-5 shooting from beyond the arc during the game, and started their run.

The move was so effective it forced Michigan coach John Beilein to take action. After NU took its first lead at the 6:32 mark, Beilein called a timeout. During the break, he substituted Eli Brooks into the game for Simpson, and Simpson did not play again until the final defensive possession of the game.

“Right now I don’t have a plan that when people play that way — the plan is to keep shooting it,” Beilein said. “But maybe there’s a time down the road where you say alright we are going to play with a non-shooting point guard and we are going to win anyway.”

Since that game, Simpson has shot 38 percent from 3-point land and 24-for-53 from the field.

This matchup with be the 10th time NU plays a Michigan team ranked in the top-five in the country, and of the nine previous matchups, the Cats have only won one. That victory came almost 42 years ago in 1977.

After a then-No. 5 Michigan smoked NU in Ann Arbor by 37 points on Jan. 6, 1977, the Cats rebounded three weeks later with a memorable 99-87 victory over the Wolverines, who — like this year’s Michigan squad — had jumped to No. 2 in the rankings.

But unlike the 1977 team which defeated Michigan State two days before their historic upset, this year’s NU team will be heading into the game after a loss to Iowa. A big turning point in the game against the Hawkeyes was a 15-2 second-half run where Iowa turned a 44-37 deficit into a 52-46 advantage. Killing game-changing rallies is something that has been a recurring issue for the Cats all season.

“I think we didn’t kill the momentum,” sophomore guard Anthony Gaines said. “I think we could have came together and tried to stop the run but other than that we just got to do a better job of bringing each other up and demanding a stop when it happens.”