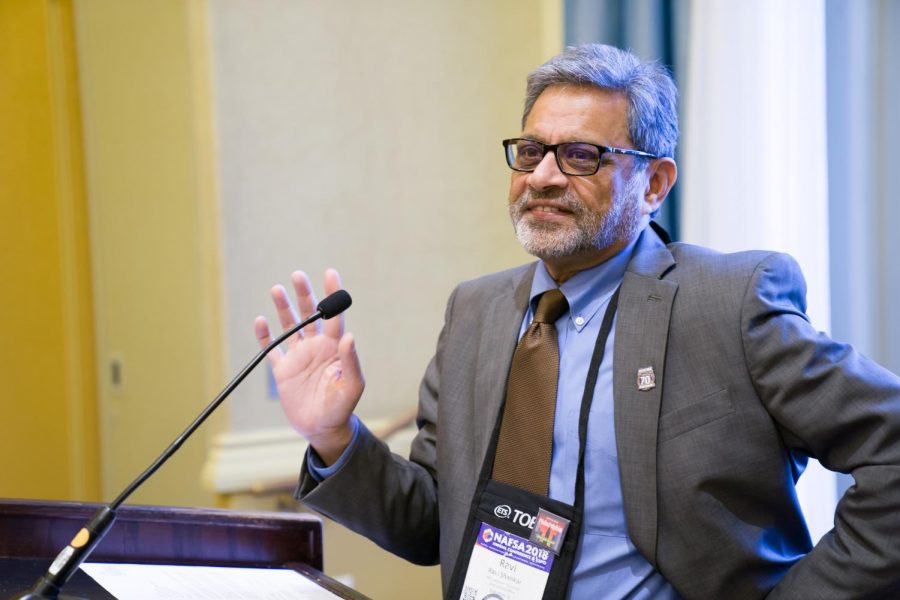 Ravi Shankar, director of Northwestern's International Office. Shankar will assume the role as president and chairman of the board of directors at NAFSA.

Ravi Shankar, the director of Northwestern’s International Office, will assume the role of president and chairman of the board of directors at NAFSA: Association of International Educators, an organization committed to “advancing international education and exchange,” according to the organization’s mission statement.

Shankar’s new position comes after years of professional experience and advocacy in the realm of global education. This year marks Shankar’s 18th at the University’s International Office. He’s been involved with NAFSA since the mid-1990s, and most recently, he has served as the vice president for professional development and engagement on NAFSA’s board of directors.

Shankar said his role as vice president ended in December, when he was nominated to the president and chair of the board position. He said he went through a vetting and interview process before he was eventually elected to the position last October. His tenure will begin later this month.

“I sort of consider myself a global nomad,” he said. “I was born in India, spent time in England, moved back to India and studied in Africa before coming to America as a grad student. I had a natural interest in international education.”

As president and chairman of the board of directors of NAFSA, Shankar has a “host of responsibilities” to fulfill.

“I work with the chief executive officer of the association, manage the board and lead the organization,” Shankar said. “But that’s just the gist of it. There’s a lot more details and nuances in terms of the position itself.”

NAFSA — an organization comprised of nearly 10,000 individuals worldwide — is dedicated to international workforce development, a goal it seeks to achieve through advocacy and professional opportunity-building. Shankar will work to uphold this mission in his new role.

“Ravi has always been a strong advocate for international education, both within the organization and externally,” said Emlyn Torres, a Northwestern International Office advisor and NAFSA’s advocacy coordinator. “He has a keen interest in the political environment, and I think he’ll carry that into his position at NAFSA.”

Torres said that Ravi’s leadership will ensure that advocacy continues to remain a priority in NAFSA, adding that the organization is already rolling out a new campaign, “Welcome to Succeed,” aiming to help make international students feel more welcome in United States.

For some Northwestern students, that goal has been central to the University community.

Adam Taranissi, a McCormick sophomore and international student from the United Kingdom, emphasized the importance of working to build a global education system.

“A big part of my experience has been learning from other students and allowing people from different national backgrounds to be a part of that,” he said. “It has a huge impact on all of us here.”