Almost a year later, a look back on how the budget deficit has impacted the University 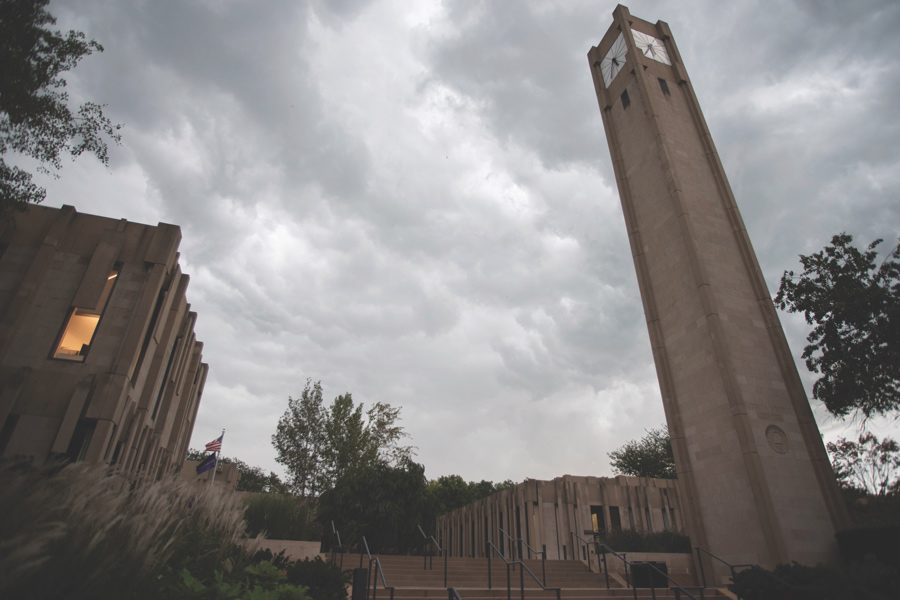 Rebecca Crown Center. The University is on track to solve its budget deficit by the next academic year.

Concern over additional cuts continues to loom over the University after spending on financial aid, high-profile faculty and new construction projects forced the University into a multimillion-dollar deficit.

Since Provost Jonathan Holloway alerted Faculty Senate about a deficit in Jan. 2018, the administration has been tight-lipped on details about the severity of the budget crisis and how the University would fix it.

Here’s a recap of how the deficit situation has progressed since The Daily began reporting on it.

Holloway originally promised that the University did not plan to lay off any faculty or staff in response to the deficit. Instead, the University would likely defer some “facilities and information technology projects,” Holloway and University President Morton Schapiro said in a Jan. 15 email to the Northwestern community.

Though hiring had slowed, no layoffs would be made, Holloway told The Daily in May. In July, however, about 80 staff members were laid off — around one percent of the total staff. No faculty were let go.

Schapiro said in an October interview that the decisions were made “very carefully” and that the situation was worse than he or the Board of Trustees had expected.

In addition to the layoffs, the University also required that all academic units — such as schools, departments and programs — make a five percent non-salary cut to their budgets. Student groups funded by schools and departments faced thousands of dollars in cuts to their budgets, some of which was offset by emergency funding from the Associated Student Government.

Administrative units — like the Division of Student Affairs — had to make a 10 percent cut.

Although budget cuts were made across the entire University, administrators said they made efforts to minimize the effects of the deficit on educational and research functions. Nearly a third of Northwestern’s budget is dedicated to research. While the Office of Research experienced “personnel changes,” the University was careful to direct most of the cuts elsewhere, said Jay Walsh, the vice president for research.

Despite these cuts, administrators were still optimistic about the state of the budget. Holloway told Faculty Senate in October that the University was “on track” to solve the deficit and would be back “in positive stance” by early 2020.

But in mid-November, Holloway was preparing to deliver “good news” to the Board of Trustees about the outcome of the 2018 fiscal year. New calculations showed the budget would be “$37 million better than expected,” Schapiro said, though it was unclear to which figure he was referring.

Though the University says it will be back in the surplus during the upcoming academic years, there is still widespread confusion among the Northwestern community about how that will be achieved.

Each school and department is responsible for making cuts on its own due to the University’s “somewhat decentralized management structure,” University Spokesman Bob Rowley said.

Though Holloway made it clear that the deans’ relative silence is at his instruction, students and Northwestern community members want to know more.

“There isn’t a lot of transparency about the budget cuts to the students — about how this happened, why it’s happening,” former ASG President Sky Patterson told The Daily in November. “Students would like more transparency and more information about University spending.”

It remains unclear whether additional cuts need to be made.