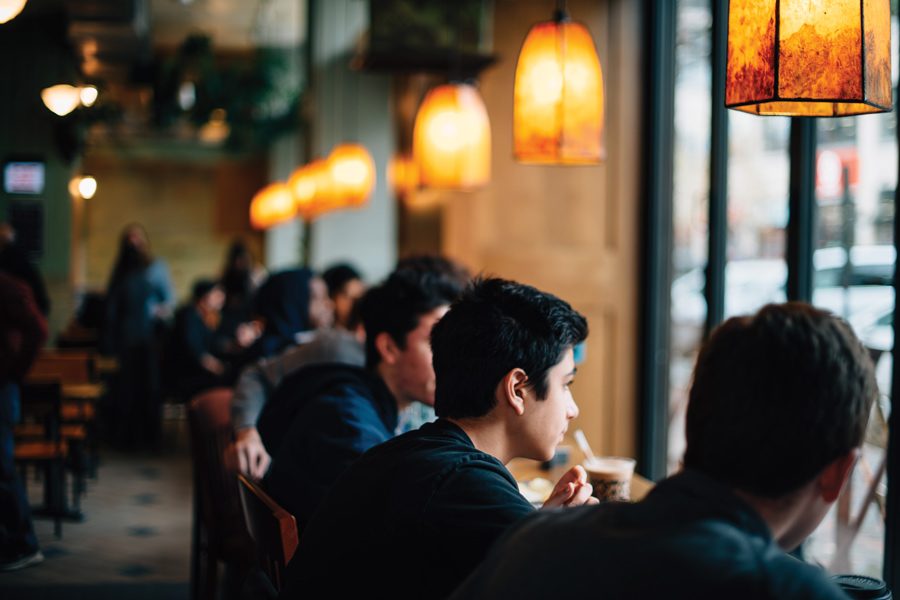 Competition rises as students and residents fill Colectivo Coffee and have a positive reaction to the new location.

Caffeine lovers hoping for a seat in the new Colectivo Coffee shop will have to keep looking. After opening three months ago at 716 Church Street, the coffee shop has attracted many new customers despite controversy over its impact on other local cafes.

Paul Zalmezak, economic development manager for the city of Evanston, said Colectivo has made a strong first impression. Residents have had a positive response to the opening, and the store is turning out good profit and bringing traffic, Zalmezak said.

“(Colectivo) has really done a great job of retrofitting one of our best corners in the entire city,” Zalmezak said. “The environment is great, the audience is great. The buildout is right on. … That is what we were trying to accomplish.”

Karis Naumann, who manages the Evanston location, said she has already seen regular customers and building relationships with students.

Naumann hopes students will see Colectivo as a fun place to relax or work, she said. She even observed that the shop was less busy while school was off for winter break.

“I hope that we can contribute to the community and maybe do more things with Northwestern,” Naumann said. “I see students here all the time and I love getting to know the people. People are coming back and not just stopping in to try us once.”

Naumann said she overheard a resident who was excited for Colectivo’s opening but thought of it as more of a chain than other coffee shops in Evanston.

Colectivo is based in Milwaukee, Wisconsin, and has 20 locations in total — 16 in Wisconsin and four in the Chicago area. On Monday, Unicorn Cafe put a sign outside its store that said “eat LOCAL, drink LOCAL, support LOCAL,” with an asterisk that clarified that local “does not include Milwaukee.”

Although Colectivo is not based in Evanston, the company adapts each of its locations to the individual community, Naumann said.

Scott Schwebel, Colectivo’s vice president of brand, marketing and retail, said that Colectivo is “not a chain” in spirit even though it has multiple locations. He doesn’t know how Colectivo’s presence has impacted other Evanston businesses but emphasized that it is working to be a productive member of the community.

Schwebel said the company is happy with the turnout from longtime Evanston residents and students. After a long renovation process, he said Colectivo is excited to be open for business and revive the corner.

Zalmezak said some independent coffee shops had expressed concern, but he trusts businesses “will adjust” to competition. He said that the city hasn’t looked at how Colectivo’s presence has affected other coffee shops in the area but will be watching how the relationships play out over the next year.

“We will do what we do on our staff to make sure everyone is doing okay and if they need help we will,” Zalmezak said. “I think everyone has been adapting and changing their level of service, changing their product.”