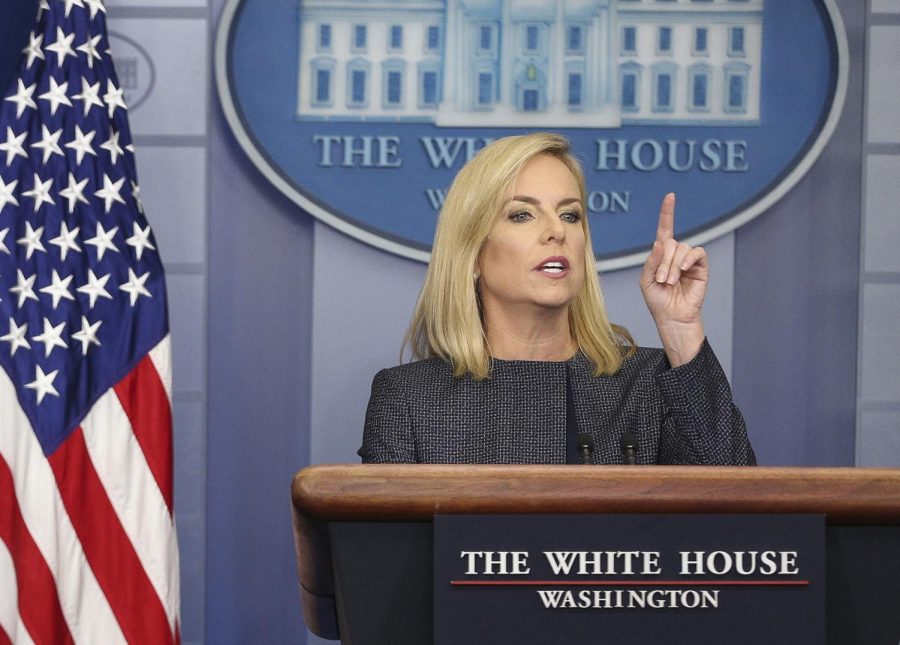 Northwestern signed an amicus brief along with 65 schools last week opposing changes to visa policies that make it easier to bar international students and scholars from reentering the country.

The amicus brief supports Guilford College in its lawsuit against Homeland Security Secretary Kirstjen Nielsen’s move to change rules that govern how visa-holders violate the terms of their visa. This new policy would make it easier for students to receive unlawful presence status, which would hold “destructive and harmful consequences,” according to the brief.

“The Policy Memorandum thus confronts international students and exchange visitors with severe and disproportionate penalties for any regulatory violation,” the brief read.

Prior to this policy, unlawful presence began after the visa-holder was notified of an alleged violation of status. This new policy, however, allows the government to retroactively start dates for unlawful presence, such as the day after the completion of one’s degree. This can lead to visa-holders unknowingly being banned from the country due to technical and administrative errors because they were not notified in advanced.

“International students and scholars are under heavy compliance burden,” Shankar said. “And this really is such an added stress to everything else they have to deal with.”

The brief argues that such changes will lead to “significant and destructive uncertainty,” which threatens a system that depends on stability and orderly administration. As international students and scholars continue to face such uncertainty, the U.S. will no longer be a desirable destination for the world’s best talent, according to the brief.

“Rule changes such as this make the United States a less welcoming place for international study and have a demonstrable impact on international interest in American higher education,” the brief said.

Such loss of international talent is a harm to higher education institutions and the larger U.S. economic society, the brief argued. International students and scholars bring diverse perspectives to conversations while greatly contributing to research on campus as well. These people later on “play critical roles in the scientific and technical advancements that drive economic growth.”

This is not the first time the University has opposed new immigration laws. Last November, Northwestern signed an amicus brief opposing the Trump administration’s decision to rescind the Deferred Action for Childhood Arrivals program. Before the Supreme Court passed a travel ban that barred citizens of six predominantly Muslim countries from entering the U.S in June, the University showed its support for its international students and scholars by signing onto other briefs.

In the case the lawsuit against Nielsen fails, Shankar said his office will amp up education efforts to ensure international students are aware of the changes in visa policies. The office will also send out timely reminders about visa authorizations so that students will not unknowingly be subject to unlawful presence, he said.

Shankar also encouraged international students to visit the office with questions rather than rely on peer advice or Google.

“One of the things about the immigrations regulations in this country is that what may apply to your peer sitting next to you, may not apply to you,” he said. “They’re not uniformly applied –– applications, regulations –– because it’s such a situational and contextual thing.”

A version of this story was originally published online on Dec. 27, 2018.