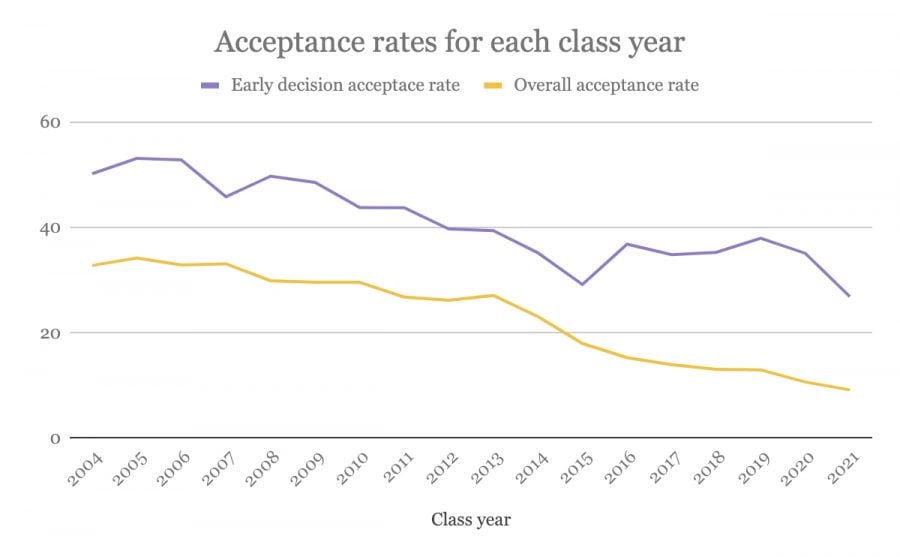 Northwestern’s Early Decision acceptance rate dropped to about 25 percent as applications during the early admission cycle continue to rise.

The total number of applications rose about 9 percent to 4,399 this year, associate provost for University enrollment Michael Mills said in an email. Last year saw an increase of Early Decision applications by 6 percent to about 4,050.

The admitted Early Decision students are expected to fill about 53 to 54 percent of next fall’s incoming class, dean of undergraduate admission Christopher Watson told The Daily in an email.

A previous version of this article misstated the class of 2022 regular decision admission rate. It was 6.4 percent. The Daily regrets the error.