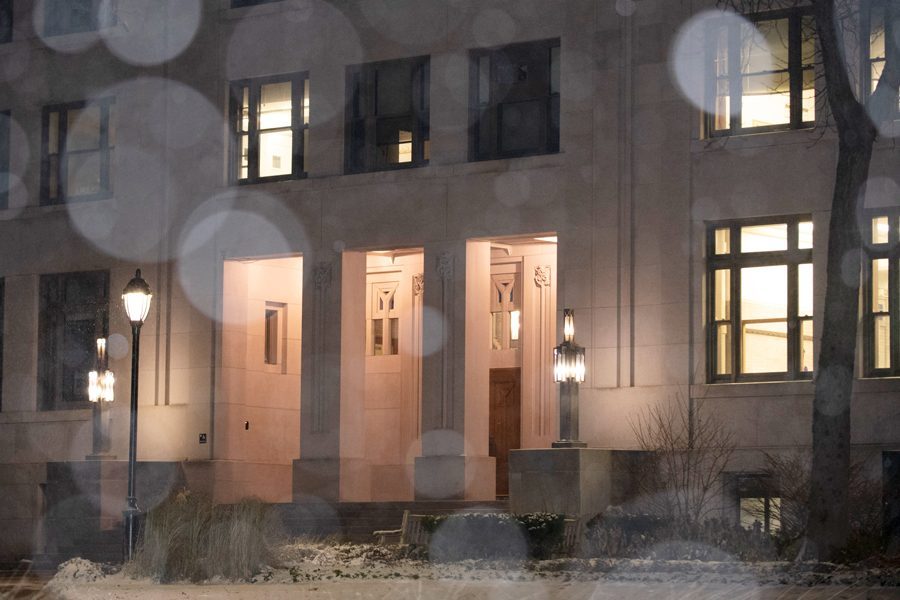 Swift Hall, home of the University’s psychology department. Students are asking the department to dismiss a controversial visiting scholar.

Students are calling for the dismissal of a controversial visiting scholar whose views on race has sparked concern among students and faculty in the psychology department.

More than 1,400 people have signed a petition as of Wednesday morning urging the psychology department to reverse its earlier decision granting Satoshi Kanazawa’s request to conduct research at Northwestern while on his year-long sabbatical from The London School of Economics and Political Science. Petitioners say his views “promote racism, sexism and xenophobia,” and are asking that the department revamp its screening process for visiting scholars.

“Kanazawa’s misogynoir nonsense should not be tolerated on Northwestern’s campus, a campus that prides itself with its commitment to support a diverse and inclusive campus community,” the petition reads. “Kanazawa’s fraud research and studies reflects modern eugenics, and Northwestern should be ashamed of approving his application to conduct research in Evanston.”

The psychology department’s chair, Prof. Richard Zinbarg, said in an interview last month that he would consider Kanazawa’s removal if he contributes to the “creation of a hostile work environment.” His presence has made faculty uneasy, prompting a department vote to denounce his research on race and an apology from Zinbarg for approving Kanazawa’s request.

Word of Kanazawa’s visit to Northwestern has slowly spread among students this fall, but is only now gaining more public attention. Students shared the petition on social media and criticized some of his research as racist, work that includes a blog titled “Why Are Black Women Less Physically Attractive Than Other Women?” for Psychology Today, which was later deleted.

While his work on race — including a 2012 study that attempted to explain an apparent race difference in intelligence — has garnered pushback, he has also authored controversial work on gender and religion, with articles titled “Are All Women Essentially Prostitutes?” and “What’s Wrong with Muslims?”

Kanazawa did not respond to request for comment Wednesday morning. Responding to his critics online, Kanazawa tells people to “prepare to be offended.”

“If what I say is wrong (because it is illogical or lacks credible scientific evidence), then it is my problem,” he wrote on his LSE webpage. “I do science as if the truth mattered and your feelings about it didn’t.”

Provost Jonathan Holloway said he was concerned when he learned of Kanazawa’s presence on campus, but supports the change in rules for vetting visiting professors the Psychology Department made.

“Due to the open nature of a comprehensive research university there will be occasions when offensive ideas emerge and when people advance arguments that run afoul of well-established, peer-reviewed research findings,” Holloway said. “When such moments arise the first thing that must be done is to remind the community of the university’s commitment to do and be better.”