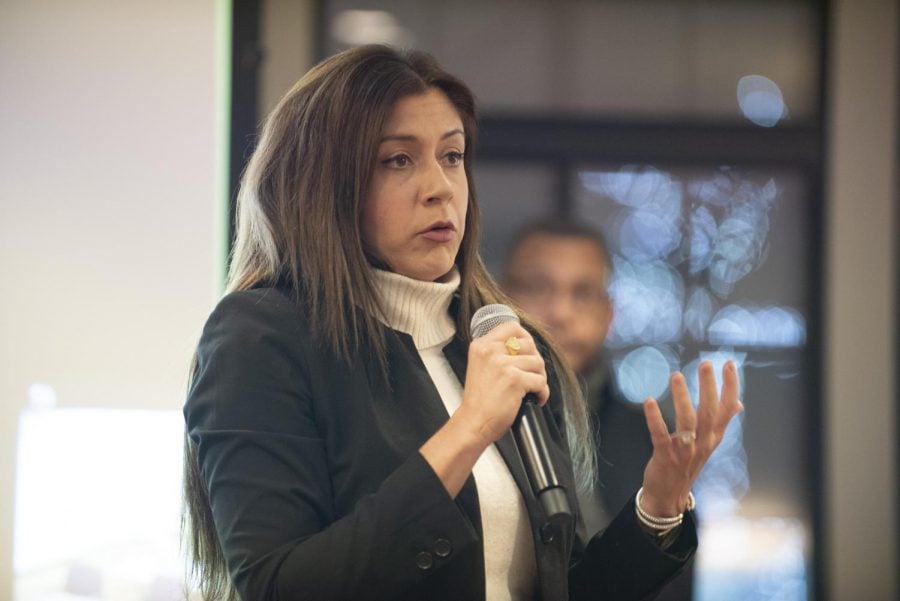 Sarah Wake speaks to Faculty Senate in 2018 about proposed Title IX rules by the U.S. Department of Education. Those rules went into effect Aug. 14.

Provost Jonathan Holloway announced in a Tuesday news release the appointment of Mark Francis as the associate provost for operations and facilities and named Sarah Wake the permanent associate vice president for equity.

Wake’s appointment, effective Oct. 1, comes as the Office of Equity prepares for new Title IX regulations proposed by the U.S. Education Department. She had been serving in the interim role after Dwight Hamilton, now the associate vice president for diversity and inclusion at Rosalind Franklin University of Medicine and Science, resigned in April.

Wake critiqued the proposal last week at a Faculty Senate Meeting, where she noted the improvements to due process but expressed concern about some other changes, including the revised definition of sexual harassment. “There’s a lot about fairness, there’s a lot about process and I strongly believe in that, but there are a couple things that make me stressed out,” she said.

Francis replaces Jean Shedd, who retired from the University in June. Francis will leave PepsiCo, where he served over three years as the vice president for global real estate, to oversee business operations within the Office of the Provost.

Francis was a project planner at Yale University, Holloway’s previous employer. He will join Northwestern on Jan. 15, 2019, and lead the office’s development and maintenance of facilities and other spaces. University administrators have put the brakes on construction plans this year as they seek to balance the budget.