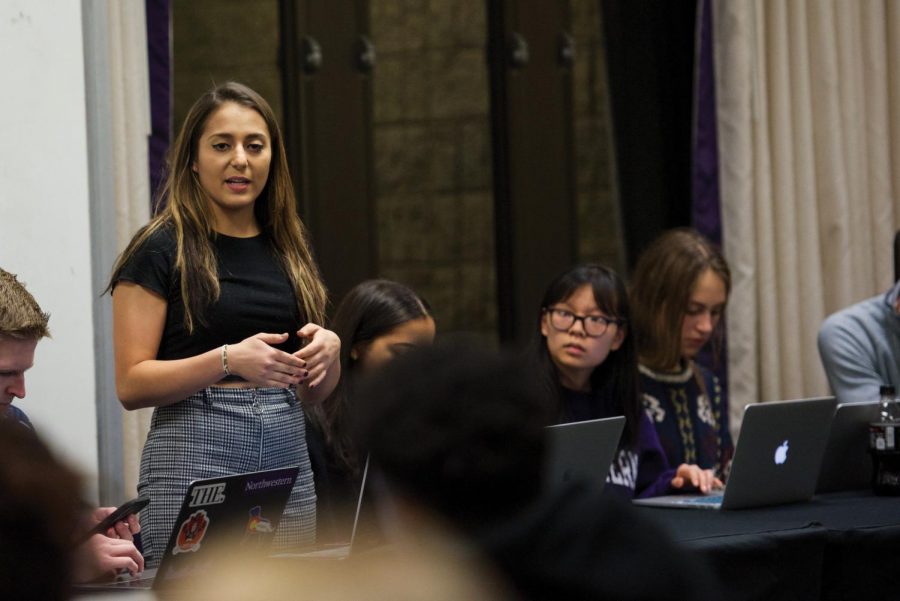 Vice President for A-Status Finances Isabel Dobbel. ASG-recognized student groups will no longer be classified as A or B-Status starting in Spring Quarter, Dobbel said.

The new system will categorize events, rather than groups themselves. Events will be sorted into five tiers, based on relative financial need. Events in tier one will receive the most funding, events in tier five the least.

Dillo Day, for instance, will automatically be placed into tier one, based on the large amount of funding Mayfest traditionally receives. However, groups will be able to apply for any event tier.

Currently, ASG-recognized student groups are given a label of either A or B Status — classifications that impact the amount of funding groups receive, said vice president for A-Status finances Isabel Dobbel.

Overhauls to the system have been in discussion for six years, Dobbel said, but did not gain any significant strides until last year, when she and vice president for B-status finances Shreyas Tallamraju collaborated with the previous VPs on an outline for the tier system.

Tallaraju added that the new system will also help groups that were particularly affected by Northwestern’s budget deficit. ASG has already allocated over $26,000 to fill gaps in non-ASG recognized student group budgets hurt by the five percent cut made to all academic units — now groups already funded by ASG will receive a financial bolster as well.

“I like to think of it as equality of opportunity,” Tallaraju said. “Any group can have access to (money they need), and in light of the deficit, I see it being even more of a need.”

This fund will ensure groups have money for bonding events that are important for their community — events for which funding requests have been questioned given their nature as community specific.

Gabrielle Bienasz, ASG vice president for public relations, said this fund will allow these groups that represent marginalized students to request funds for bonding events without being asked how these events serve the entire Northwestern campus.

Dobbel emphasized that although the overhaul will make the system more equitable for student groups, it will not negatively affect any of the current A-status groups, all of which will continue to receive more money from year to year. The goal, she said, was to benefit every student group ASG supports.

“No matter your size, no matter whatever, you’re going to get more money,” Dobbel said.