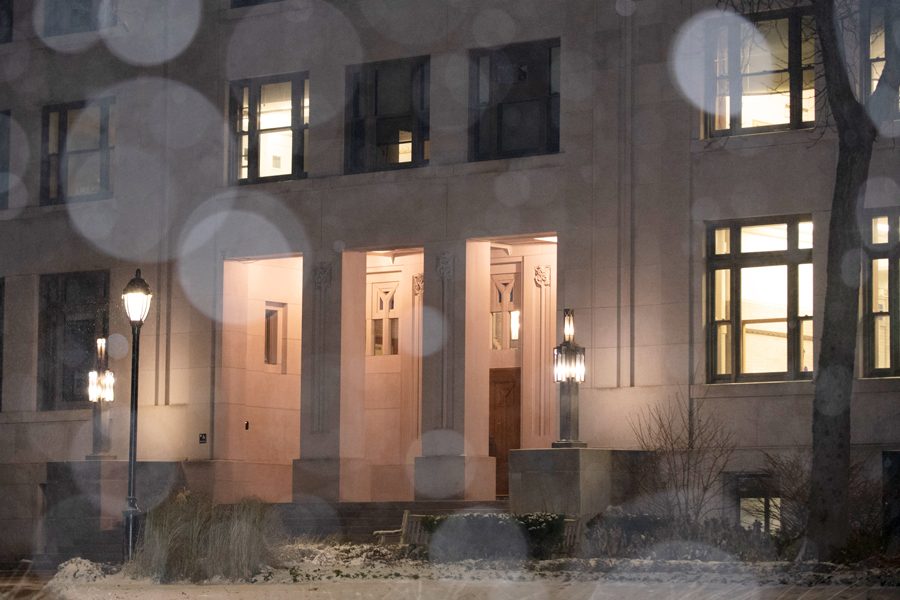 Swift Hall, home of the University’s psychology department. Visiting psychology scholar Satoshi Kanazawa faces criticism for his past research, much of which is considered to be offensive.

Students and faculty of the psychology department are asking for a revamp of the screening process for visiting scholars after a controversial psychologist’s request to conduct research at Northwestern was approved without scrutiny.

Dr. Satoshi Kanazawa, an evolutionary psychologist and intelligence researcher, is spending a year-long sabbatical from The London School of Economics and Political Science in Evanston.

Kanazawa’s research on the relationships between intelligence, race, health and gender has provoked criticism. In 2011, he wrote an article titled “Why Are Black Women Less Physically Attractive Than Other Women” during his time as a blogger for Psychology Today. He was later removed from the site as a blogger, and the post was deleted.

Since then, he has continued in a similar line of study. One research paper, published in 2015, associated life satisfaction with an area’s ethnic composition, concluding that minority groups are not as happy as “white Americans.” Another, published in 2012, explained an apparent race difference in intelligence.

“Our policy on visiting scholar applications did not call for much vetting of the applicant,” Zinbarg said. “I was not aware of the controversial aspects of his work when I signed off on his application.”

Responding to his critics, Kanazawa tells his followers to “prepare to be offended.”

“If what I say is wrong (because it is illogical or lacks credible scientific evidence), then it is my problem,” he wrote on his LSE webpage. “If what I say offends you, it is your problem.”

“I do science as if the truth mattered and your feelings about it didn’t,” he added.

In response to Kanazawa’s presence at Northwestern, the psychology department faculty voted to send Weinberg Dean Adrian Randolph a letter expressing the department’s views on Kanazawa’s studies. Although the faculty did not unanimously vote in favor of the motion, its statements represent the opinions of an “overwhelming majority,” Zinbarg said.

Kanazawa’s views on race are “reprehensible,” read the letter, sent on Oct.12. It also stated that his level of scholarship is not on par with that of the department’s, and his scientific integrity is lacking. It also addressed how Kanazawa’s presence makes many members of the department as a whole “uneasy,” and included an apology from Zinbarg for signing off on his initial application.

Taking it a step further, the psychology department faculty unanimously voted on Oct. 28 to include “a more stringent vetting process” for approving visiting professors in the future, Zinbarg said. This was in direct response to the flawed system allowing for Kanazawa’s approval, he added.

Finally, on Oct. 31 the faculty unanimously decided to add a new diversity statement to the department’s website. It was published this past Tuesday, November 28, and addresses the role of all psychologists to denounce pseudoscientific research claiming the inferiority of certain groups of people.

“Some have used psychological science in both intentional and unintentional ways to justify and normalize social inequalities and to underwrite the cultural and economic dominance of white people,” the statement said. “The Northwestern Department of Psychology is making a commitment not only to better understand the challenges and opportunities that social diversity represents, but also to reject biases in and misapplications of psychological science that have imposed painful personal and societal costs on the members of historically marginalized groups.”

Zinbarg added that if Kanazawa contributes to “creation of a hostile work environment” at the University, the department will consider his removal.

Kanazawa did not respond to several requests for comment.