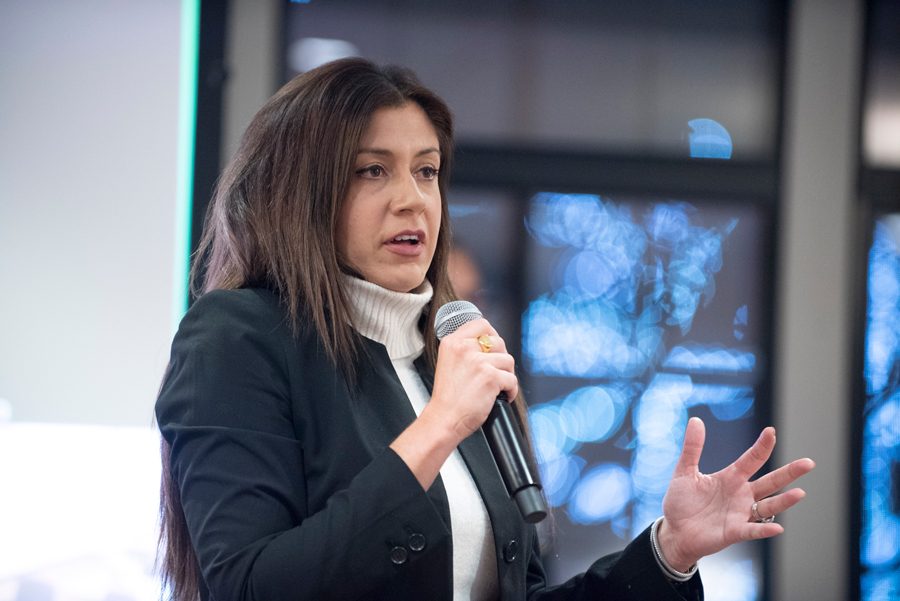 In her first appearance at a faculty senate meeting, Wake listed several concerns she has about the proposed Title IX changes released by the Department of Education earlier this month, including the regulations’ definition of sexual harassment, restrictions on the university’s ability to act on off-campus reports, elimination of the “single investigator” model and the implementation of a system of cross-examination for both the accuser and accused.

While Wake said the Obama-era guidance was good in some ways, she noted there were significant problems with the investigation process. Wake said when she heard in 2017 the Trump administration was looking into revising Title IX regulations, she was encouraged that they would be more fair.

When the proposed regulations came out a few weeks ago, however, Wake said while she feels some of the potential changes would make the investigation process more fair, she has concerns with other aspects of the proposal.

Wake noted that the regulations would narrow the definition of sexual harassment from “severe or pervasive” conduct to “severe and pervasive” conduct, pointing out that a single case of sexual assault could hypothetically be argued to meet the definition of “severe” but not “pervasive.” She added that the change of language would further conflict with the current legal standard, which maintains the “severe or pervasive” standard.

Additionally, Wake criticized portions of the regulations that would bar universities from addressing reports of sexual harassment that occur off campus, noting that most sexual assaults involving students take place off campus. Wake pointed out that the University responds to most other civil or criminal complaints relating to students that occur off-campus.

“If a student is off-campus and breaks into a restaurant and causes thousands of dollars of damage, we wouldn’t just say ‘we’re not gonna think about that,’” Wake said.

Wake said she had concerns about the “single investigator model” — wherein a single individual both investigates reports of sexual harassment and determines whether the evidence meets the standard of guilt — but that the government should not be allowed to intervene to that degree with private universities.

Wake was most critical of the proposed system of cross-examination, by which the accused party would be given the chance to cross-examine their accuser through an advocate and vice-versa. Wake noted the negative psychological effects this could have on both the accuser and accused and argued it may encourage the accuser or accused to hire legal representation, creating a system favoring higher-income students.

However, Wake said there were some positives with the proposed changes.

“There’s a lot about the document that’s good,” Wake said, adding she views the current administration’s choice to go through a formal proposed rule making process as preferable to the informal process used by the Obama administration, since the former allows for the public to comment on the proposed rules.

She added that she had approved of the recommendations initially leaked from the current administration, which she said the proposed regulations departed from significantly.

Outside of her review of the proposed changes, Wake took the time to educate faculty on the role of the Office of Equity and the faculty’s role in reporting sexual misconduct, child abuse, and other criminal offenses.