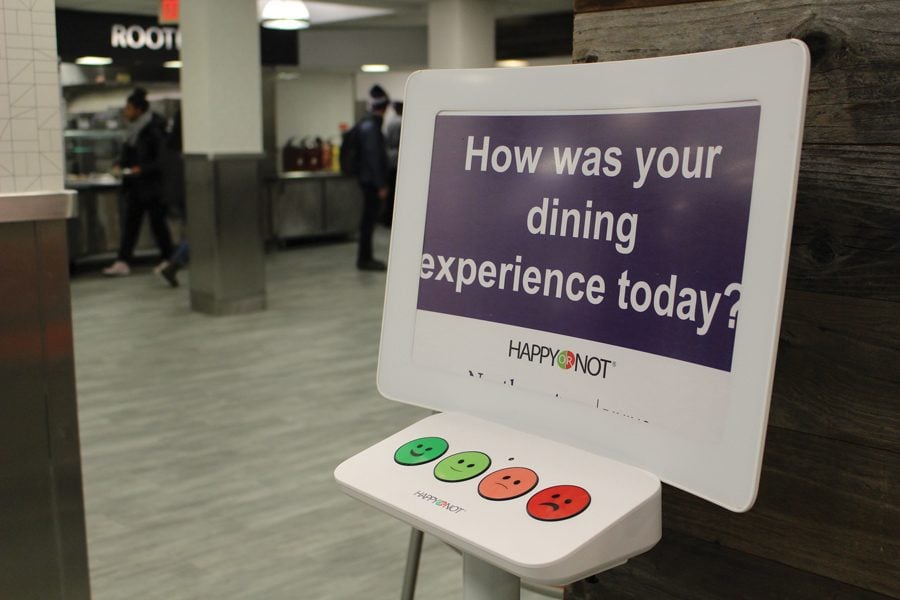 The advisory committee follows Compass’ broader goals to communicate with students and adds onto its list of student engagement tools such as the Dine On Campus app, website and the text-to-dine service.

“Feedback is very important to us and to our growth,” said Georgene Sardis, the Compass marketing director. “We try to have as much communication without being overwhelming.”

The group will be composed of students who reach out to Compass to be on the committee and a few students that have already reached out to Compass with concerns about the dining halls.

Compass frequently creates advisory committees for its dining halls at other universities and organizations it serves, Sardis said.

“I definitely think they care about the student body,” Echtman said. “They are definitely making steps towards improvements, and I’m looking forward to seeing what they do in the future.”

Weinberg sophomore Zoë Huettl, who is vegan, also said Compass’ committee and other engagement efforts are a marked shift from Sodexo, which she said did little to communicate with students.

Still, Huettl said she was still unsure about whether the committee would have enough of an impact on dining halls to change her experience — she said she has trouble being able to find enough food at dining halls for a full meal.

“I think it’s cool that at least they’re getting some student input,” Huettl said. “I’d be interested to see how much input that committee really does have, and if I see any change, I’d be more than happy to eat at the dining hall more.”

Weinberg junior Amos Pomp said Compass has done a better job listening and responding to students’ concerns. He has worked with Northwestern’s previous provider Sodexo and now Compass as a member of Real Food, which advocates for ethical food sourcing in dining halls.

“All these things that students think about, Compass was thinking about it too,” Pomp said. “With Sodexo that wasn’t always the case — students felt like they would suggest an easy fix, like fix the website and make the hours accurate, and it wouldn’t happen.”

Sardis said Compass is trying to respond quickly to students’ concerns, although response times would vary based on the magnitude of the concerns.

“If someone texted us, ‘Can you have red grapes instead of green grapes?’” Sardis said. “That’s generally something that can have a quick turn around and responsive feedback. If there are operational challenges, it’ll take a little more time.”