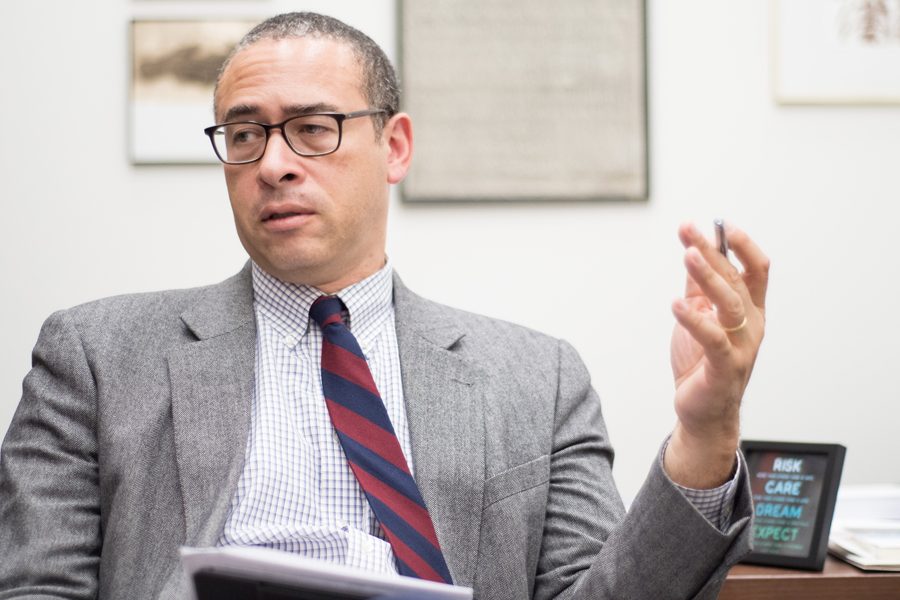 Provost Jonathan Holloway is overseeing plans to add a December term in an attempt to shift Fall Quarter. The term would allow students to do research, have internships, take another class or study abroad.

In a few years, Northwestern students may have some extra weeks after Fall Quarter to conduct research, explore internships, take another class, study abroad or even just relax at home before Winter Quarter begins.

This potential December session — nicknamed the D-Term — means students would start classes earlier in September and finish exams before December. During the term, they would have around a month to pursue classes, internships, research or study abroad. The University has not yet decided to implement this schedule change, but a faculty task force is currently discussing it.

Led by McCormick prof. Karen Smilowitz and Linguistics prof. Robert Gundlach, the task force advises Provost Jonathan Holloway on the undergraduate experience, including aspects of the quarter system and scheduling changes. The group proposed last year to lengthen spring break and shorten the gap between the end of spring classes and graduation, but they have only just begun the discussion of the potential D-Term.

Smilowitz said the idea for the D-Term arose from students expressing interest in more interactions with professors in small groups and faculty wanting to try new ideas in the classroom.

Gundlach added that the group is still in the early stages of brainstorming, and they’re currently discussing what opportunities the University already offers and how the D-Term could enhance the Northwestern experience.

“We’re exploring quite openly what’s possible, what’s imaginable,” Gundlach said. “There are some complications because depending on how formal a term it becomes or depending on what kinds of activities happen, it takes some complicated logistics to sort out.”

Provost Jonathan Holloway told The Daily last month that the cost of the term and distance for students to travel could pose a problem.

Other logistical issues include when Fall final exams would end, where students would stay on campus, and the overall December schedule. More broadly, the group is also considering what the goals of the D-Term would be and whether the program would be advantageous over the optional summer quarter.

Though the D-Term is not yet formalized, many students already like the idea.

Weinberg freshman Tessa Volpe said she liked the quarter system, but wished classes could have begun earlier so she wouldn’t be home alone when all her friends at other universities started.

“I think (the D-Term) would solve the starting late problem,” she said. “And I love the idea that I could get to know a professor better and get to know new topics. I’m undecided, so I like the idea of exploring more things because I don’t know what I want to do.”

While Bobby Read also liked the idea of a brief internship in December, but he saw a drawback.

“People in sports or even marching band like me would still have to be on campus for our activities, so we’d just have this big empty chunk of time and probably couldn’t take advantage of all the D-Term’s opportunities,” the a Weinberg freshman said.

Gundlach and Smilowitz said the faculty group won’t rush to make a recommendation about the D-Term to the provost, and wants to continue researching other universities’ schedules, speaking with students and discussing among themselves.

“Our timeline is really fall and winter this year, and what goes beyond that is going to depend on what we find,” Smilowitz said. “It’s really important to think about how we find something that works with all of the different programs going on at Northwestern.”