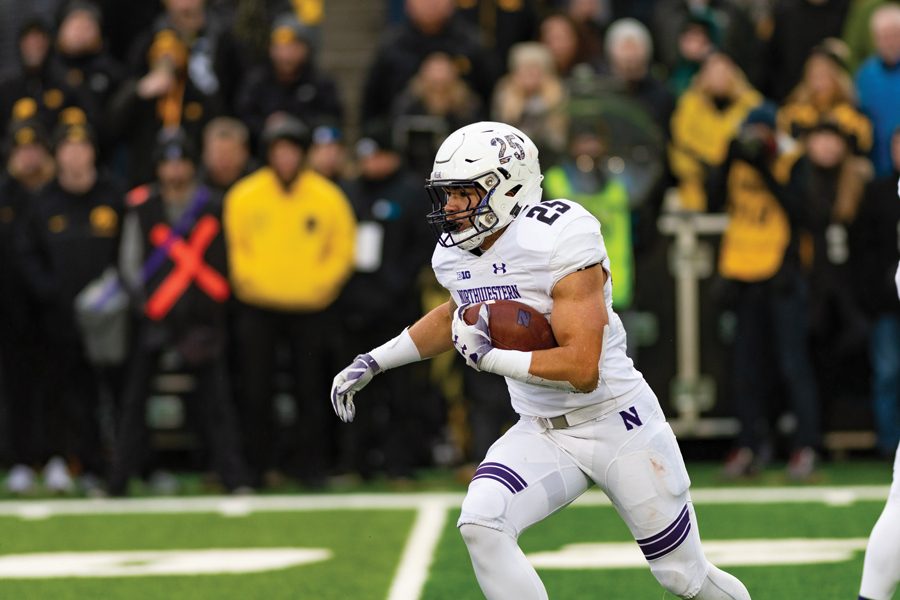 Prior to Northwestern’s game at Rutgers on October 20, most Wildcats fans probably did not know the name Isaiah Bowser.

Now, the freshman has become the featured running back for NU’s offense, rushing for 483 yards and four touchdowns on 112 carries over the Cats’ last four games. He totaled just two rushing yards on two carries in NU’s first six games.

Bowser had a career day on Saturday at Iowa as the Cats clinched the Big Ten West title. He carried the ball 31 times for a career-high 165 yards, including a go-ahead 34-yard touchdown in the third quarter. He also caught three passes for 33 yards.

For his effort, Bowser was named Rose Bowl Big Ten Player of the Week.

“I was waiting for my turn, trying to get better every week at practice,” Bowser said after Saturday’s win. “The Rutgers game, when I first started to play, I got in there and made a couple plays and that’s when I started to become more confident.”

Bowser has revived a NU rushing attack that had been dormant after sophomore Jeremy Larkin was forced to medically retire from football. In the three games after Larkin retired, the Cats rushed for a total of 68 yards, including just eight on Oct. 6 at Michigan State.

But NU decided to burn Bowser’s redshirt season and feature him prominently. On Saturday, he surpassed Larkin as the team’s leading rusher for the season, and his touchdown, which put the Cats on the board after they were shut out in the first half, provided a much-needed spark to the NU sideline.

“After I scored, the whole sideline was going crazy,” Bowser said. “Coming out and scoring in the second half, that was big for our offense and big for our defense too, knowing that we were in the lead.”