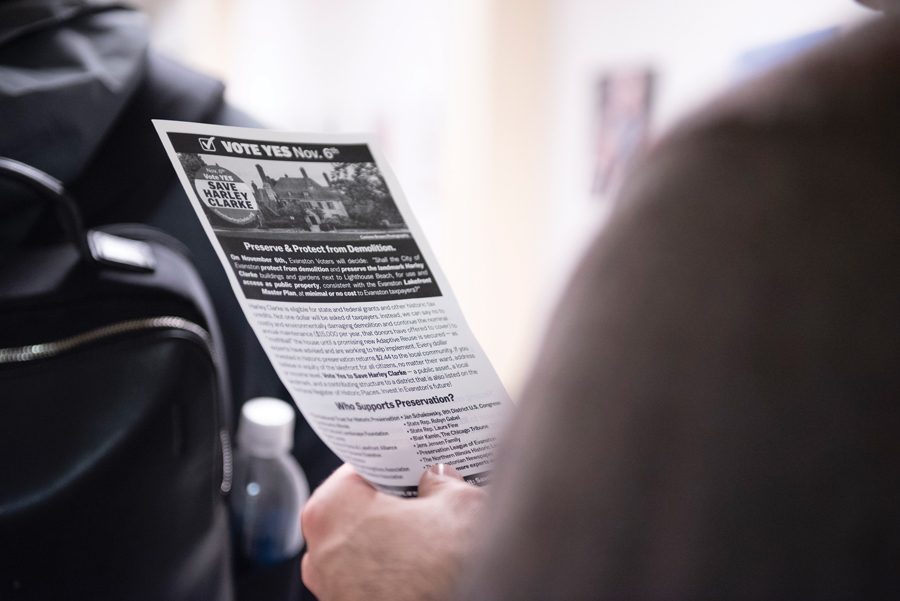 In an advisory referendum, roughly 80 percent of voters expressed their support for preservation of the mansion. Late Tuesday evening, with 48 of 50 precincts reporting, 32,823 people had cast their ballots.

The referendum follows a July City Council decision in which aldermen narrowly voted to demolish the lakefront mansion which has stood vacant since 2015, when the Evanston Arts Center left the building. The council’s decision was met with backlash from many residents, who were able to raise enough support to place the issue on the midterm ballot.

The referendum is an advisory opinion, meaning City Council can still go ahead with their memorandum of understanding with Evanston Lighthouse Dunes, which seeks to tear down the mansion and build a park in its place.

Evanston resident Jonathan Lustig on Tuesday told The Daily he voted yes on the referendum and hopes aldermen preserve the mansion.

“I think it’s a beautiful building and it shouldn’t be taken down,” Lustig said. “I think City Council will now know that people wish to keep the traditions of Evanston — that despite budgeting issues, people still care about this building.”

Also on the ballot was a potential increase to the city’s real estate transfer tax. As of late Tuesday evening, roughly 52 percent of voters supported the increase, while 48 percent voted against the measure.

The current real estate transfer tax is a flat rate of 0.5 percent — or $5 for every $1,000 — for all property sales and transfers.