Revised Title IX rule will not include narrow definition of gender 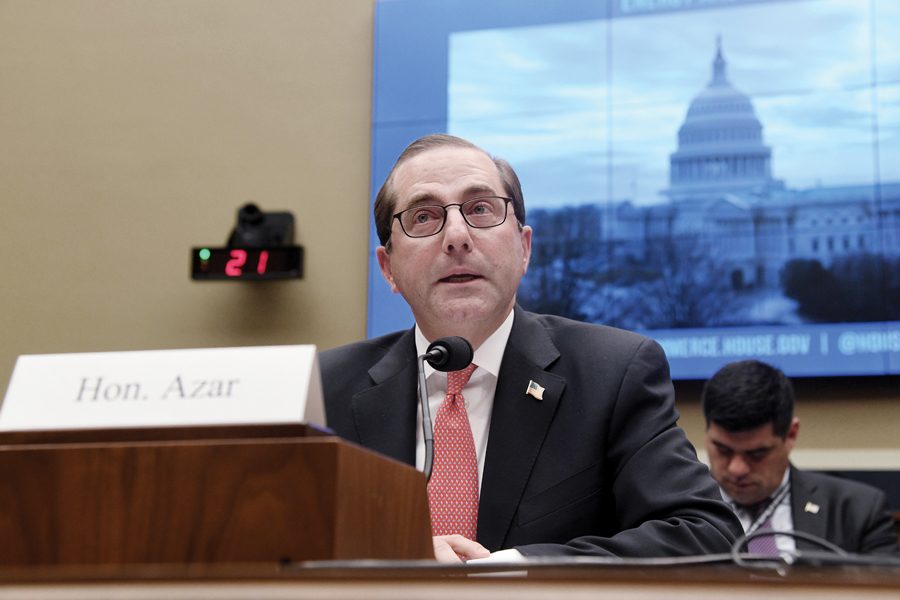 Health and Human Services Secretary Alex Azar is leading the effort to narrow the legal definition of gender. The Wall Street Journal reported earlier this week that those efforts won’t make it into revised Title IX rules.

The Trump administration will not include a narrower definition of gender in upcoming new Title IX rules, instead opting to issue a legal opinion that will put the administration on weaker footing to enforce such a legal perspective.

The news came days after a leaked draft revealed plans to define gender as a biological condition determined by physical sex at birth, a move that would remove legal protections for transgender and non-binary individuals.

That plan sparked fears that Title IX, a federal law barring discrimination on the basis of sex in federally funded schools, would no longer protect these individuals. But Sarah Wake, interim associate vice president for equity, said last week that the University’s protections would not change.

The absence of the revised definition from the rules, reported by the Wall Street Journal, would complicate the administration’s effort to narrow protections, though it is considering issuing a legal opinion — a statement detailing the administration’s legal viewpoint — through the Justice Department.

The opinion would not have the force of law, since it would not be included in the new Title IX rules. It would, however, guide the the executive branch’s operations — including those of the Education Department, which enforces Title IX.

It remains unclear when the opinion will come, though the Journal reported the Title IX rule will be posted publicly later this month, before a public comment period. An Education Department spokesman declined to comment on the draft, but acknowledged the new rules are forthcoming.

In a statement, NU spokesman Bob Rowley said the University will “always put the well-being of our all members of our community first.”

“The University will also remain committed to providing support and resources to individuals impacted by all forms of discrimination and harassment,” he said.