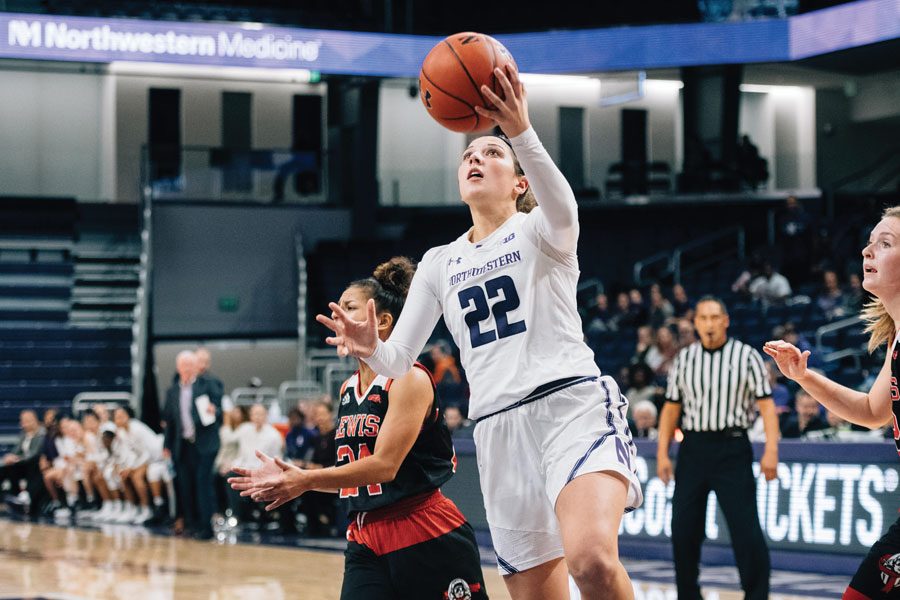 While formidable, the Big Ten doesn’t pretend to be the toughest women’s basketball conference in the country. The conference has not been represented in the national championship game since 2005, has only one Final Four appearance since then and only two teams are currently ranked in the preseason top 25.

Nevertheless, Northwestern is preparing for the Big Ten season with a challenging nonconference slate.

NU opens the season on Tuesday at Green Bay, a team that defeated the Cats last December. The Phoenix were ranked No. 21 at the time and ended up winning both the regular season and tournament titles in the Horizon League, en route to an NCAA Tournament bid.

“We do everything in thirds in college basketball,” coach Joe McKeown said. “We’ve got a really tough opener at Green Bay, legitimate top-20 team most years, won 29 games last year… The first third, we are just going to use to get better.”

Following the opener, NU will play its first official game in the new Welsh-Ryan Arena on Sunday against the Blue Devils, who are coming off a Sweet 16 appearance. Duke was 24-9 last year and 11-5 against a very difficult ACC schedule.

The nonconference schedule also includes a trip to Florida, a visit from Pittsburgh for the ACC/Big Ten Challenge, a nearby road game at DePaul and a home game against Marquette. Both the Blue Demons and Golden Eagles advanced past the first round in last year’s Tournament.

The Cats also travel to Las Vegas during Winter Break for the Duel in the Desert, where they will play Wichita State and either Kansas or Washington State.

“We are going to have some tough nights were the ball doesn’t go in,” McKeown said. “But that’s what you want. You want to use that nonconference, if you are playing that type of schedule, to get better for the Big Ten.”

NU should be more prepared to take on a tough schedule this year compared to last. In 2017-18, the Cats were breaking in an entirely new starting lineup. Now, three returning starters — sophomore guard Lindsey Pulliam, junior forward Abi Scheid and senior forward Pallas Kunaiyi-Akpanah — averaged more than 10 points per game a season ago, with Kunaiyi-Akpanah averaging a double-double.

In the Cats’ exhibition win over Lewis on Sunday, freshman guard Veronica Burton joined the three aforementioned returners, as well as sophomore guard Jordan Hamilton, in the starting lineup. Burton and fellow freshman guard Sydney Wood are likely to see plenty of playing time this year as NU looks to improve on its 12th-place finish in the Big Ten standings.

“By the time we get to Christmas or into the conference we will have seen a lot of great players, a lot of different defenses, a lot of styles of play, which I wanted,” McKeown said. “Hopefully that makes you ready.”