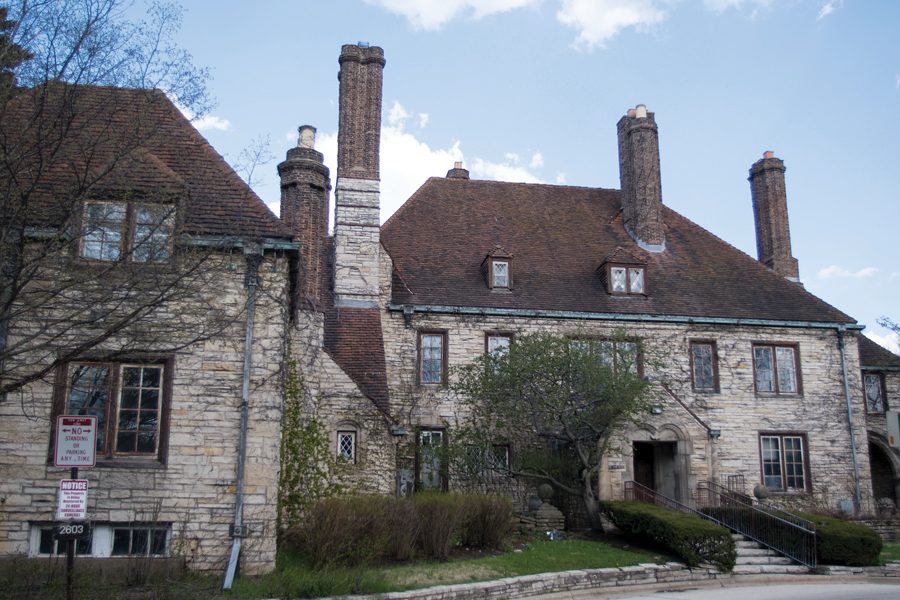 The Harley Clarke Mansion. Voters will weigh in on the future of the building in an advisory referendum Tuesday.

Residents will have the option to weigh in on the future of the Harley Clarke Mansion, a decades-old brick behemoth on Sheridan Road north of campus, in a referendum vote this Tuesday.

The referendum is an advisory opinion, meaning City Council may well go ahead with their memorandum of understanding with Evanston Lighthouse Dunes, which seeks to tear down the mansion and build a park, no matter what the results of the vote are.

The debate over the mansion has at times been divisive.

What some see as a historic landmark unique to Evanston, others see as a drain on the city’s resources. And where some see the potential for a community center on the lake, others see a spot for a city park.

The fight for the future of Harley Clarke has taken up a lot of oxygen in Evanston this year, bringing dozens to City Council meetings for public comment and leading to a crop of red, white and blue lawn signs urging voters to “Save Harley Clarke” popping up all over the city. It has also generated tense back-and-forths on social media, and spurred an ethics board hearing for Ald. Ann Rainey (8th).

Evanston Lighthouse Dunes Group member Nicole Kustok, who lives in the 7th ward close to the mansion, said she has been surprised by the tense nature of the debate.

“I was never prepared for that level of toxicity,” she said.

But Kustok (Weinberg ’03, Medill ’07) said she also wasn’t prepared to hear how much people identified the building as a part of their childhood.

Some people who support saving the Harley Clarke mansion said the building is just too historic to tear down.

“The building itself is just really welcoming and warm and sheltering and lovely and gives everybody a real sense of community,” said Audrey Niffenegger, who grew up in west Evanston and now lives in Chicago. “When it’s all lit up and there’s a party going on it’s just the best place.”

Niffenegger took art classes at the building in high school, when it was the Evanston Arts Center, a non-profit that moved out in 2015.

For Prudence Carlson, who grew up near the mansion and took art classes there in college but now lives in New York, the building and its grounds were always engaging.

“It has sort of a rambling country feel to it because of the stonework,” she said. “That house, in a way, is both the anchor and the crown to that property… there’s nothing quite like it in Evanston and even if you drive up the North Shore.”

Carlson, who has worked in the arts, said demolishing the building would be an affront to future generations in Evanston, who she feels should have the opportunity to get to use the space.

For 7th-Ward Ald. Eleanor Revelle, the issue has been under discussion since the beginning of her term on council two and a half years ago. But the building has been in her mind longer than that.

“It’s been sort of part of my landscape for all of the years I’ve lived in Evanston,” she said. “So I really enjoy seeing it there, I don’t see it detracting from the view of the lighthouse, I think it creates a really picturesque view.”

Revelle said she is hoping the building can be repurposed in a way that would benefit the whole community. However, there has been debate on council as to whether supporting a restoration of Harley Clarke would be the best use of resources.

Kustok said she originally supported restoring the mansion. When she found out how much it may cost, however, she began to change her mind.

“I had a little bit of an ethical dilemma with spending that much money on a building that didn’t have what I felt was strong, demonstrated demand,” she said. “I don’t think it’s the structures that make Evanston. Evanston is the way it is because of the services it provides, and specifically for the needs-based programming. And I think saving something in a part of the 7th Ward that needs and wants for very little, is actually anti-Evanston.”

Kustok said she feels demolishing the building is the best way to preserve the land for public use.

But some people think the mansion could be repurposed to serve as a community gateway to the lakefront. Bennett Johnson, a longtime Evanston resident who grew up just south of the mansion, said he knows a lot of black residents in the city who don’t get to the lake very often.

Turning the mansion into a community center, or a place where people could attend arts programming or even hold events would be a way to get people to the lakefront, he said.

“A lot of things could be done with the area,” he said. “It could be an income generator rather than a liability like it is now.”

Johnson and some others who support the Save Harley Clarke group said they don’t feel like city leaders are listening to the demands of all residents when it comes to this issue. Noting that council members have to keep in mind what they feel is best for the city, Revelle said she hopes the referendum clarifies public sentiment for the council.

“The referendum will be really really important in demonstrating how residents from all parts of the community feel about Harley Clarke,” she said.