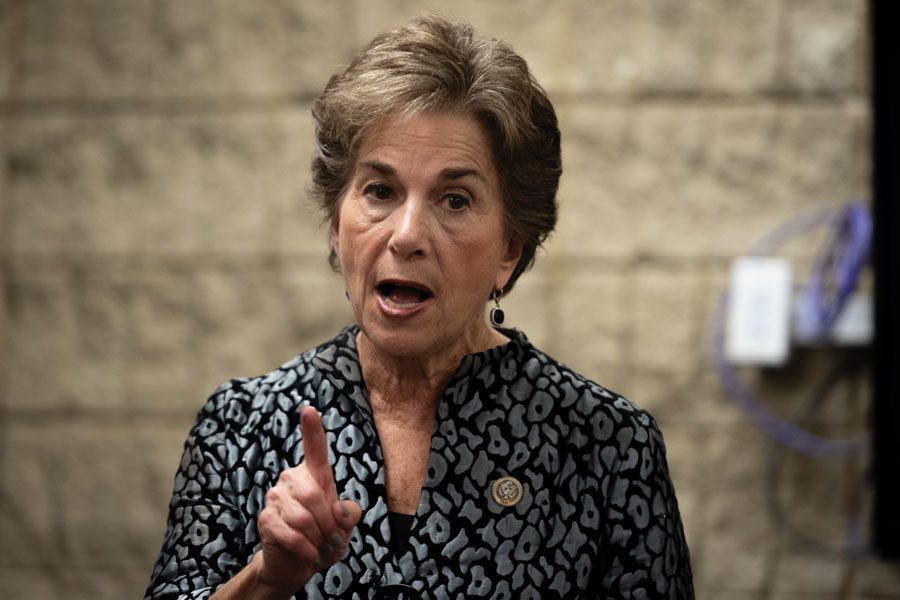 Ten-term U.S. Rep. Jan Schakowsky (D-Ill.) told a group of Northwestern students, five days before what she called the most important election of her lifetime, that everything was at stake.

“This is your century, and it’s yours to shape.”

Schakowsky, who is up for reelection on Nov. 6, articulated her concern for the state of the nation in a conversation with about 40 students hosted by the College Democrats and the Northwestern University Political Union in Norris University Center on Thursday night. She briefly touched on issues of immigration, the environment and healthcare, but focused on mobilizing students to participate in the election.

Schakowsky said her greatest fear was that voter turnout — especially among young people — for the upcoming midterm election would decline. She added that turnout for the primary election in March and not been “great.”

Schakowsky asked the audience to raise their hands if they voted early, plan to vote on Election Day, or have voted absentee. When she saw that some students still had their hands down, she said they could register to vote in Illinois on Election Day at the Lorraine H. Morton Civic Center — and that the power is in their hands to make a difference.

“I understand that voting is not as sexy as going to a rally or protesting, but its crucial,” Schakowsky said. “If you’ve gone to rallies, great. If you’ve gone to protests, great. But it’s not the same as voting.”

Moving to discuss President Donald Trump, Schakowsky told students they would warn their tell grandchildren of his time in office, as he is causing “turmoil, chaos and terror.”

She also delved into the power of words, and said the “hateful tone” being used across the country “came from the top.” While Schakowsky said she will not blame President Trump for the horrific event that unfolded at Pittsburgh’s Tree of Life synagogue on Oct. 27, she does hold him accountable for “emboldening people, and giving them permission to say racist or anti-Semitic things.”

SESP freshman Daniel Rodriguez, who attended the event, got to know Schakowsky as a “passionate” elected official while he was her intern last summer.

“Jan thinks it’s really important that young members of communities step up and be leaders in their field because they are the future of government,” Rodriguez said. “It’s important for Northwestern students to hear that.”

Schakowsky engaged students throughout the event, and fielded questions after speaking about the 2018 midterms. She walked directly to students’ seats in the audience to give answers, which Weinberg freshman Alex Chang appreciated.

Chang said she liked how “personal” Schakowsky made the evening’s discussion. She added that she liked how the congresswoman collaborates with Republicans to “create a more productive dialogue.”

In her final words to students, Schakowsky made sure her message was clear.