Wrestling: No. 16 Northwestern carries high expectations in its 2018-2019 campaign 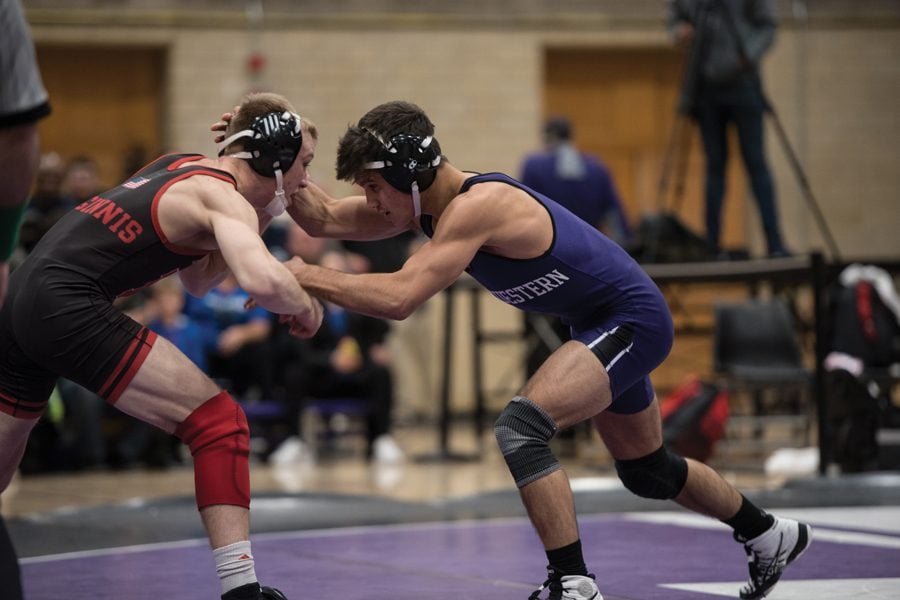 After a year in which No. 16 Northwestern exceeded expectations, the Cats will look to continue to improve on last season’s success heading into the 2018-2019 season.

The Wildcats finished with a record of 11-5, including five Big Ten wins, more conference wins than they had in the previous 3 seasons combined.

NU’s accomplishments from last year have not gone unnoticed; the Cats are ranked 16th in the country according to The OpenMat and InterMat and seven wrestlers have sit in the top 20 of their respective weight classes on InterMat.

“It’s a testament to not only the guys on this team, but to the members of this coaching staff,” coach Matt Storniolo said. “We’re not going to fixate on that too much, a ranking is just a ranking, you gotta go out there and beat the guy that steps on the line across from you.”

Two players who will be vital parts of NU’s success this season will be redshirt sophomores Ryan Deakin and Sebastian Rivera, who combined for 63 wins last season, the most by a rookie duo since the team’s 1986-1987 season.

In the 149-pound weight class, Deakin led the squad with 32 victories last season and will look to continue his success at 157 pounds, the next weight class.

Rivera, who is ranked No. 3 in the 125-pound weight class, was named an All-American last season after earning three ranked wins at the NCAA Tournament.

“It was just a great experience to go to nationals and feel that and come out with an All-American status there,” Rivera said. “It just shows that I was there last year and the weight class was really tough last year… it feels good.”

The Cats will have to take their talents on the road to Fargo, N.D. in their season opener on Sunday to face North Dakota State. Despite a modest record of 7-10 last season, the Bison know how to play the role of underdog.

NU knows it can’t afford to let its guard down in their first contest of the season.

“They’re hard nosed and they usually surprise a couple of teams each season,” Storniolo said. “We don’t want that to be us this year and we’re not gonna overlook them. We’re gonna go in there expecting a hard-fought dual meet and I think our guys are up to the challenge.”

Every match matters for the Cats, especially when they get into the Big Ten. Despite holding the No. 16 rank in the country, there are six conference teams ranked higher, including the top three spots.

Storniolo said he expects his team will continue to surprise others throughout the year and wants this squad’s campaign to produce at least two All-Americans and finish in the top half of the conference. Fortunately for the coaching staff, the wrestlers’ expectations are just as high.

“It’s always a goal to go out there and be a national champ. I think, more importantly…being bigger than wins and losses and just having fun — continuing that goal of improving and just climbing that ladder.”