Can’t professors just not use textbooks? The answer is a little complicated 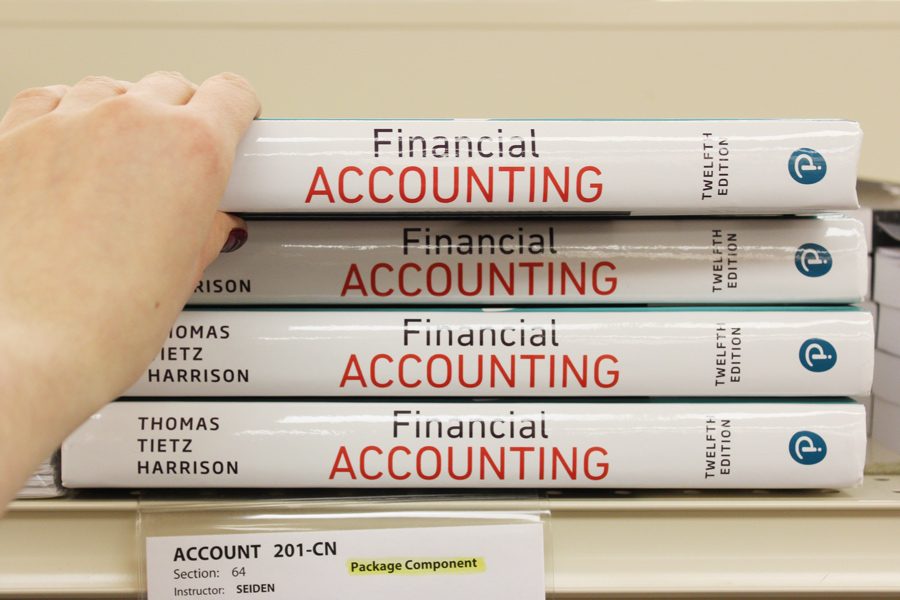 A stack of textbooks in Norris Bookstore. Going without textbooks would be cost-effective, but it doesn’t come without its consequences.

This story is part of a series investigating textbook costs at Northwestern.

In a world without textbooks, professors would have to create all the material for all their classes. In theory, this is possible. In practice, it doesn’t always go so well.

Economics Prof. Scott Ogawa writes all the material for his intermediate microeconomics course, and believes that was a detriment to the quality of the class in his early years of teaching.

“I believe that, all else equal, having textbooks is better,” he said. “But is it two hundred dollars better? I think often the answer is probably no.”

Asking professors to create their own material would likely require some sort of financial incentive, and that’s money the University may be loath to spend. So as long as students are capable of paying, they do.

For those who can’t, the University steps in.

The Office of the Provost started Books for Cats, a program that helps low-income students afford STEM textbooks and course materials, during the 2017-18 academic year.

“In most courses, the materials are essential for meaningful participation and learning,” Sherin said. “The Office of the Provost is committed to working towards affordable textbook options.”

But helping low income students with the costs of textbooks doesn’t get to the root of the problem, Ogawa said.

“The proper response from the University should not be to help subsidize your spending,” he added. “The response should be to re-jigger the incentives for faculty to make it where I have a personal incentive to stop (using textbooks).”

Taking down textbook giants — or at least forcing them to charge less — is not a quick fix.

Creating unique material for a class is a lot of work for one professor, but many hands make light work. If multiple professors were to pitch in, a set of notes or resources may be much more easily attainable.

In his Engineering Analysis 3 class last spring, McCormick sophomore Thomas Simon made use of an online textbook of sorts — something he described as an anthology of notes and practice problems put together by professors and teaching assistants over the years. He said it’s just as good as a textbook, but with the added benefit of being completely free.

McCormick Prof. Michael Peshkin said he originally wrote the EA3 book as a web document in 1997, and that it’s been added to and “improved” by faculty and TAs in the years since.

The keyword here, though, is years. The EA online resource wasn’t created overnight, and it would take a similar amount of time for any other department to do the same.

“I’m not sure if it’s worth the departments’ time to make such a dedicated resource where other textbooks are already available,” Simon said. “If they could do it that would be fantastic.”