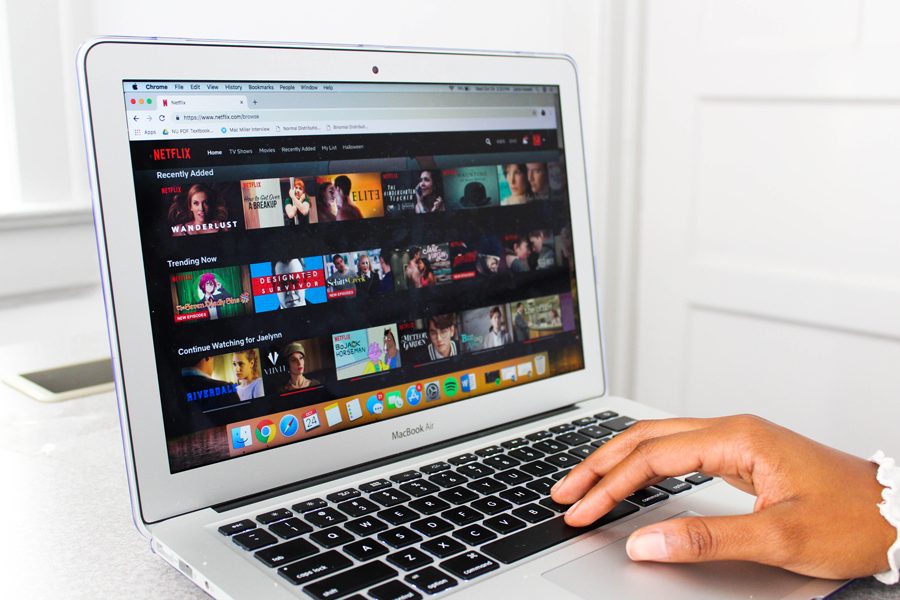 A student scrolls through Netflix’s options. Netflix draws in subscribers with low initial prices before raising their rates.

Netflix is ubiquitous among college students. With a devotion to quality original content and old-time classics, the streaming giant is seeing a surge in subscriptions and revenue.

Netflix added 6.96 million subscribers and streaming revenue increased 36 percent from last year, according to its October 16 quarterly report. However, the new subscribers aren’t necessary for an increase in revenue — Netflix turns a high profit by increasing monthly rates, but in small increments in order to not scare subscribers, betting that its customers won’t turn away to other streaming options.

And it works. The media service provider continues to be attractive to many Northwestern students despite the possibility of a price surge.

Diya Vuthandam is one of those students who remains loyal to Netflix, despite noticing her family plan getting more expensive.

“I think that Netflix is one of those things that once you’re on it, you can’t really get off, so I mean, it’s kind of annoying that they do that, but I think it’s kind of smart,” the Weinberg sophomore said.

Peter Klibanoff, a professor of managerial economics and decision sciences at the Kellogg School of Management, agreed. He attributes this to the unlikeliness that people would put in the effort to switch their streaming provider. He explained that for many, it would take a large change in circumstances, like the loss of a job, to change their subscription status.

Klibanoff added that, economically speaking, an increase in prices for a product would usually result in a decrease in subscriber rates. However, he doesn’t think that Netflix will run into any problems because of a price hike.

“The demand for (Netflix’s) service is substantial, so that doesn’t necessarily mean that a price increase would create an actual drop in subscribers,” Klibanoff said.

Klibanoff mentioned it would be important to look into how Netflix’s competitors were doing. If there was an increase in their popularity, then Netflix would have less flexibility to change their pricing. Netflix’s competitors include other streaming services, such as Hulu, Amazon Prime, HBO and Sling TV.

The basic subscriber rate for Netflix in the U.S. is $7.99 a month, while the standard rate is $10.99 and the premium rate is $13.99. Everyone pays these rates, but that isn’t the case for other streaming services.

Amazon Prime offers a discount to subscribers who are college students, which Klibanoff said would make them more likely to stick with Amazon’s services even after they graduate. Northwestern students also get a discount on Xfinity rates.

Despite its lack of appeal to young adults, Netflix has predicted that its subscriber base and revenue will only continue to grow. According to the quarterly report, Netflix hopes to add 9.4 million subscribers by next quarter, increasing streaming revenues.

Medill freshman Elise Hannum said she is not surprised by this and doesn’t believe that people will stop using Netflix anytime soon. Hannum watches shows on Netflix, Hulu and Amazon Prime.

“Whatever’s not on Netflix, I supplement with other stuff,” Hannum said. “If I couldn’t use (Hulu or Amazon Prime) I wouldn’t feel that much of a loss.”