Ethics board finds Rainey in violation on three counts 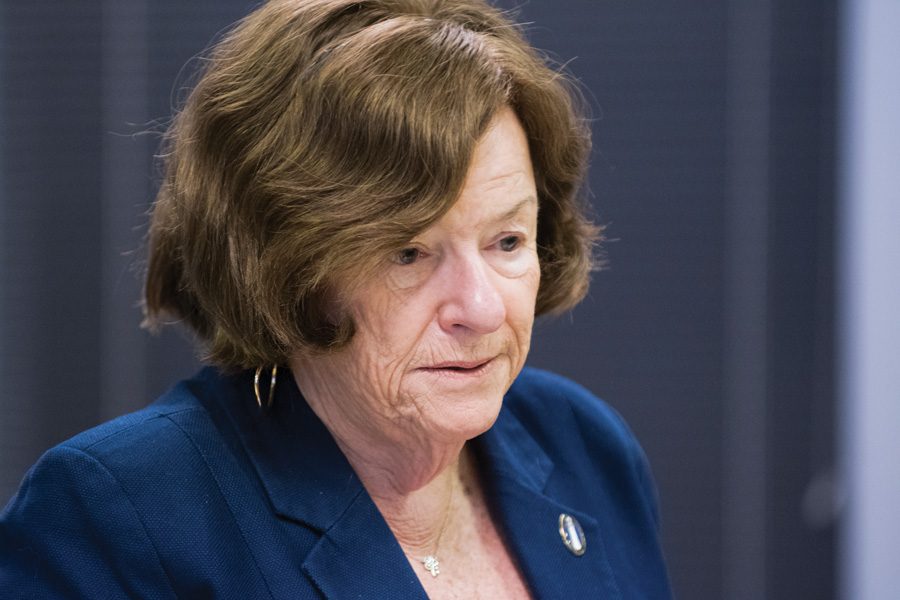 Ald. Ann Rainey (8th) at a city meeting. Evanston’s Board of Ethics found Rainey to be in violation of the Evanston Code of Ethics on three counts.

Ald. Ann Rainey (8th) on Thursday was found to be in violation of the Evanston Code of Ethics on three counts.

Two complaints were filed against Rainey, centering around her involvement with the group Evanston Lighthouse Dunes, whose plan to demolish the Harley Clarke Mansion in north Evanston was approved in July. The Board of Ethics ruled that Rainey violated the city’s statute of impartiality in both complaints. In the second complaint, she was also found to have abused her power as an elected official.

The board’s ruling is not legally binding — it serves as an advisory opinion and will be presented to the Rules Committee and then to City Council.

The first complaint against Rainey — filed by Nancy Sreenan, an Evanston resident who supports the restoration of the mansion — alleges that she forwarded an email Sreenan sent to the City Council to members of the Evanston Lighthouse Dunes Group. The email, which Sreenan sent to aldermen, the mayor and the city manager, urged the council to oppose the mansion’s demolition.

After deliberation, the board found Rainey as lacking impartiality due to the “disparaging comments” she made via email about the complainant, board member Karena Bierman said at the meeting. They did not rule that the act of forwarding the email was a violation of the code because, since the email was considered public, there was no expectation of privacy.

Sreenan told The Daily the ruling was a “travesty.” She said she felt the greater of the two offenses was the fact that Rainey shared the email with Evanston Lighthouse Dunes.

“It’s not really about me and that I might have my feelings hurt,” Sreenan said. “No. It’s about representing all the people in Evanston, not just the interests of the small, small, small group of people that want that building torn down.”

The second hearing ruled that Rainey was in violation of abusing her power as alderman and lacking impartiality. This ruling follows the other complaint against Rainey — brought forward by Evanston residents Lori Keenan and Clare Kelly.

It included six claims against Rainey, though the board had ruled on Oct. 16 that it lacked jurisdiction to rule on two of those complaints.

The ruling stated that Rainey lacked impartiality because she mocked Keenan — including when she told Keenan “f–k you” and “don’t mess with me” following an Election Board meeting in August.

She also lacked impartiality, the board ruled, by using her city email to solicit funds for the Evanston Lighthouse Dunes group, which posed a conflict of interest because of the group’s continued discussions with City Council regarding the demolition.

The board ruled that Rainey abused her power as alderman to promote the Evanston Lighthouse Dunes’ interests because she used her city email to solicit funds for the group.

The board advised that City Council reminds elected officials to avoid partiality in speaking with constituents, including via email.

“All aldermen should seriously consider whether using city emails to solicit donations is appropriate,” board chair Jennifer Billingsley said at the ruling.

Kelly told The Daily she is glad the board found Rainey to be lacking impartiality.

“The process has already been very tainted by (Rainey’s) participation,” Kelly told The Daily. “We hope that this will bring a more honest, fair process to the future of the Harley Clarke.”

The board will summarize its findings from this meeting and the Oct. 17 meeting, reviewing them during the board’s next meeting on Nov. 20.