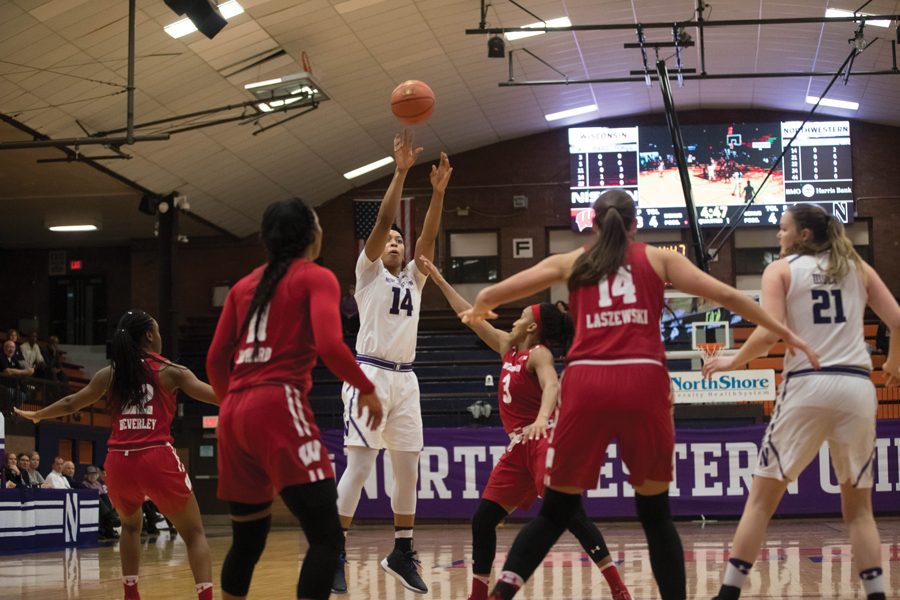 Senior forward Pallas Kunaiyi-Akpanah was named to the Media and Coaches Preseason All Big-Ten team, the conference announced on Monday.

Kunaiyi-Akpanah is the first player from NU to be named to the preseason All-Big Ten team since 2016.

She lead the team in rebounds and was also a force defensively as she led the Wildcats with 38 blocks and 58 steals. She’s also improved her offensive numbers compared to her first two seasons, increasing her field goal percentage, assists and free throws made.

Kunaiyi-Akpanah ranked second in the Big Ten in rebounds per game, eighth in steals per game and tenth in blocks per game.

Heading into this season, she ranks seventh in school history with 708 rebounds.
Last season, she set NU’s single-season rebounding record with 381, breaking NU’s career rebounding leader Nia Coffey’s record of 344 during the 2015-2016 season.

Recording 18 double-doubles last season, Kunaiyi-Akpanah tied the school record for most in a single season. Her best performance came against Oakland, when she recorded a 20-20 game, scoring a career-high 27 points and recording 21 rebounds.

The Cats will look to Kunaiyi-Akpanah to held guide the team back to success. After four straight seasons with a winning record, NU finished 12-20 last year.