Students, faculty look to other options amid soaring textbook prices 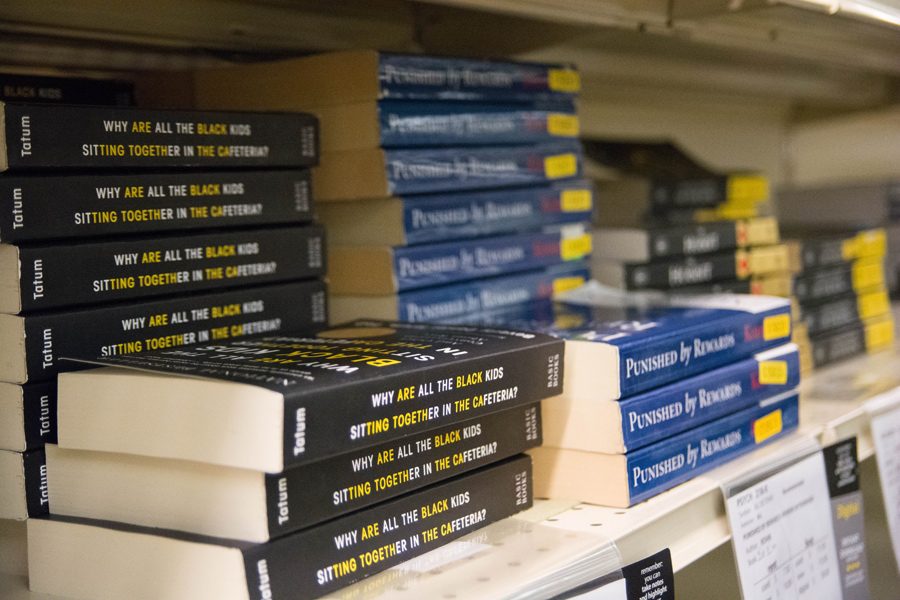 Norris Bookstore. Textbook prices are higher than what many students will pay for, and some are resorting to other options to avoid buying them.

This story is part of a series investigating textbook costs at Northwestern.

Students will often do almost anything to avoid paying full price for a textbook. Some find used versions, others find and download PDFs. A few don’t buy the textbook at all and hope for the best. But almost all of them agree that the sticker prices are far too high.

The inflation-controlled price of college textbooks rose more than 90 percent since 1998, according to figures from the Bureau of Labor Statistics. That means students are paying more for an education than their school’s tuition.

“Textbook prices are, of course, atrocious,” he said. “We try to negotiate as hard as we can and try to look for options to keep those prices down even further.”

The math department has successfully negotiated the price of the single variable calculus textbook down almost $100, Peterson said. But, he added, the books will never be as cheap as he’d like to see them.

The price is a function of the requirement that every student use the same edition of the same textbook; in math, that could be a reasonable expectation. After all, how will students do their homework using sets of different problems in textbooks dating back decades to 2018?

But professors that teach other classes aren’t subject to the same constraints. SESP Prof. Diane Schanzenbach, for example, seems to have found a way to hack the system in favor of her students.

Upon realizing how much her “Economics of Social Policy” course textbook cost, Schanzenbach began reading through the different editions of the book herself. What she found was that, across the years, the content was strikingly similar. She now allows her students to buy any edition they can get their hands on, regardless of how recent it is.

“What we use the textbook for is to teach the basic economics, which has been the same for fifty years,” Schanzenbach said. “They change up the exact examples, but the content is essentially the same.”

Though the textbooks are similar in content, they’re definitely not similar in price. On Amazon, the most recent edition of “Public Finance and Public Policy” — the textbook for Schanzenbach’s class — costs $147 for a new version. Used copies of earlier editions are as cheap as $10 to rent.

“Sometimes it’s as mild as they add some more exercises or they make chapter nine into chapter seven,” he said.

In short, math didn’t change, but the textbook companies can still charge hundreds of dollars for an updated review section or a reordering of practice problems.

Communication sophomore Rahma Almajid has used older editions of books multiple times, and said it hasn’t interfered with her learning. Almajid added that she’s also had luck finding a PDF of one of her textbooks.

Almajid admitted she didn’t know where the PDF for a chemistry textbook came from. It made its way through multiple years worth of students before coming to her and the rest of her class.

But even this PDF textbook of unknown origin provided the information she and her classmates needed to learn the material and study for tests.

“They’re not that different,” she said. “(New textbooks) aren’t worth the money.”