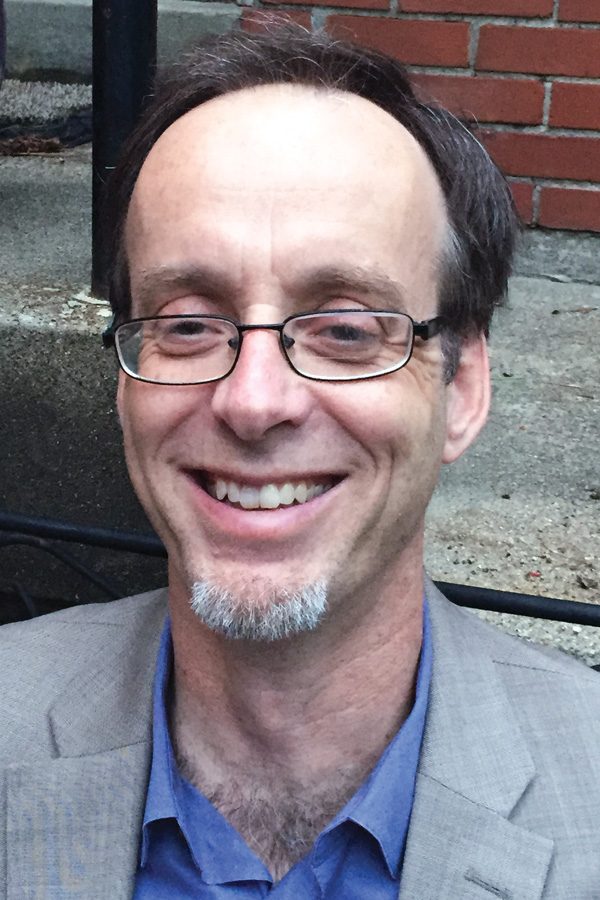 John Koehlinger. The Northwestern alum said he searched for jobs that focused on refugees, which led him to find his place at Kentucky Refugee Ministries.

During his first year at Northwestern, John Koehlinger (Weinberg ’86) lived in the International Studies Residential College, took several history courses and frequently visited Chicago, experiences that broadened his perspective and set a basis for his future work, he said.

Those experiences turned into a career.

After graduating college, Koehlinger worked in Chicago for a few years before moving to Amman, Jordan in 1997 to teach English to professionals, government employees and university students through the United States Embassy’s public diplomacy program. During his three years in Jordan, he also traveled to Syria, the United Arab Emirates and Egypt.

Koehlinger searched for jobs in the United States that focused on refugees and found an opportunity at Kentucky Refugee Ministries, the organization he remains with today.

Throughout his years at Kentucky Refugee Ministries, Koehlinger has worked as an English language instructor, a grants coordinator and a program leader, he said. He currently works as the agency’s executive director.

Because his current role requires more oversight and community outreach, Koehlinger said he misses having more direct interaction with refugees.

“Over time I got involved in more of the administrative side, and the direct services side of my job reduced,” Koehlinger said. “I think that’s something a lot of people have to deal with in their careers, whatever profession you’re in. You’re an emergency room surgeon or doctor, and later in life you become a hospital administrator. But that’s just how things evolve.”

Northwestern Alternative Student Breaks frequently sends students to volunteer at Kentucky Refugee Ministries, and a group will travel there again this winter break.

Koehlinger said he has enjoyed watching the organization grow from around 10 employees when he first arrived to over 75 employees in multiple offices around Kentucky now. He said he encourages college students to consider sticking with one particular organization for more than a couple years after graduating.

“People maybe are a bit impatient sometimes and underestimate what you can achieve and growth you can attain if you put in more time at a particular organization,” Koehlinger said. “Try to have an impact.”