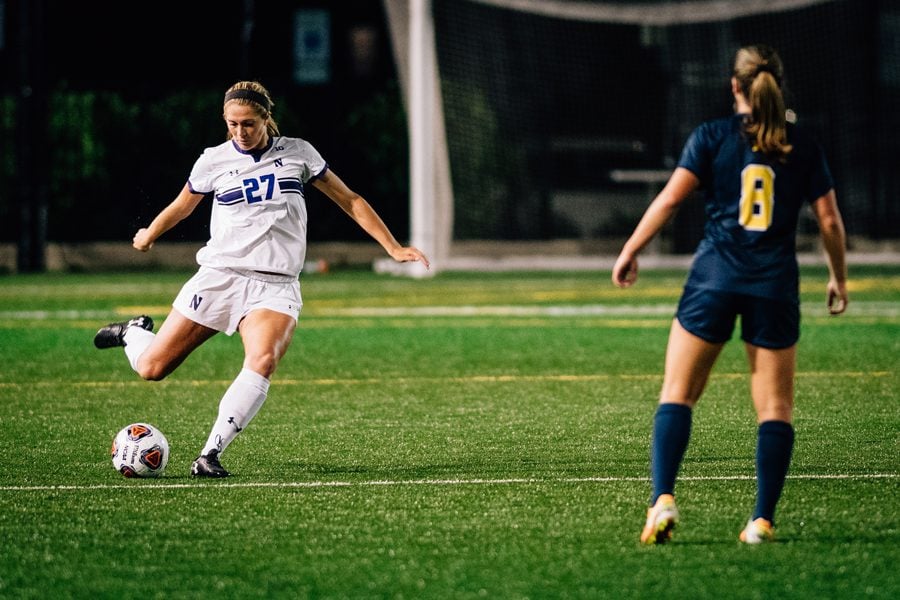 Northwestern played its last three games against lower-ranked opponents and finished across the board: Losing to Maryland, beating Purdue and tying Illinois. For their final two games, the Wildcats will be up against two middle-of-the-pack teams that are fighting to keep their spots in the final eight.

It’s a close competition for the top eight spots in the Big Ten standings, with two teams — Iowa and Minnesota — sitting just two points ahead of ninth-place NU.

Going into Thursday’s match against the Fighting Illini (10-6-0, 5-4-0 Big Ten,) the Cats’ (9-4-3, 3-4-2) situation is much less certain than last season, when they earned the second-seed position in the Big Ten conference and advanced to the the second round of the NCAA Tournament. Senior defender Kayla Sharples said NU is looking at both upcoming matches as must-wins.

“We want this,” Sharples said. “We know the season hasn’t gone the way we want it to or the way we expected it to but that’s in the past and now we’re just looking forward and Illinois, we need to win that game.”

After the Cats’ last match, in which coach Michael Moynihan made 13 substitutions to the midfield and forward line in the second half and overtime periods, NU is looking at ways to create attacking momentum against Illinois. According to Moynihan, preparation for the match against Illinois involved psychologically preparing players to shift from a “reactive” approach and start the match playing on their front feet.

“When you think of midfield being the engine and you’re running that deep the continuity is broken,” Moynihan said. “So going into this game, it’s rest, try to get a couple people healthy and back in there.”

The match against Illinois will be NU’s first Big Ten matchup against a 3-5-2 formation, Moynihan said.

He also noted the dual threat of lead Illinois scorer Katie Murray, who’s scored six goals this season, and junior forward Kelly Maday. Murray is a small, energetic midfielder who can surprise defenders with her movement off the ball, he said.

“She’ll pop up in places and just beat you to the ball, and I think she’s a good little combination player as well,” Moynihan said.

Reflecting on their last few matches, Sharples, Moynihan and senior forward Brenna Lovera all emphasized the importance of focusing on their game instead of the scoreline.

“We need to focus on what we need to do in order to win, not just winning,” Lovera said. “What are the moments, what are the steps we need to take on the field during the game to get the result we want?”