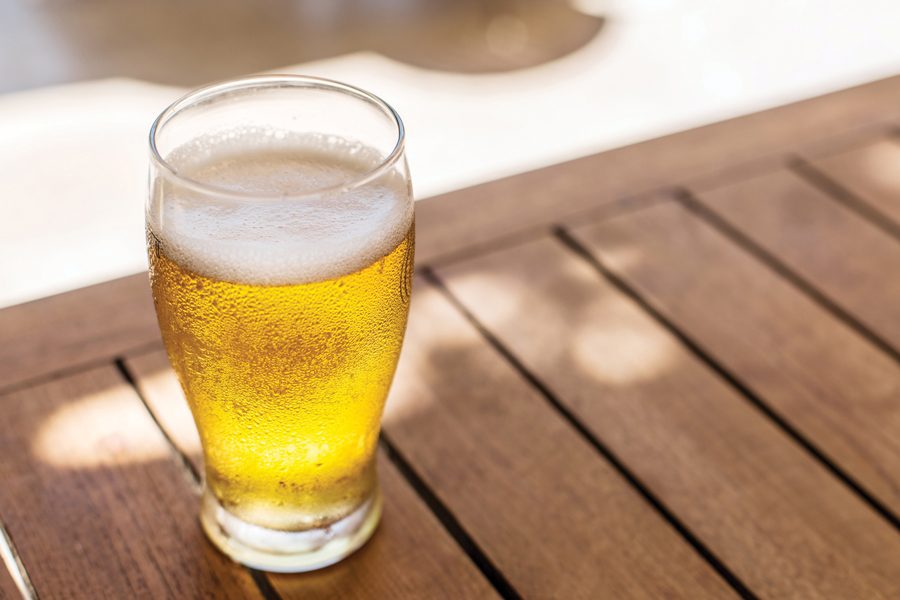 This year’s results from AlcoholEDU, an online course that educates first-years about alcohol and drugs and surveys them about their alcohol and drug usage, show a 3 percent increase in students who believe choosing not to drink is acceptable.

First-year students are more likely to exhibit risk-reducing behavior than in past years, according to the AlcoholEdu survey of alcohol and drug use for incoming students.

The share of students who say drinking is not important to their social life increased five or six percent to two thirds total, said Kevin Meier, the coordinator of Alcohol and Other Drug Education and Outreach. Additionally, 99 percent of first-years believe it is acceptable to choose not to drink, up from 96 percent from last year.

The percentage of students who intended to set limits when drinking increased from the high 80s to 92 percent, Meier added. However, the amount of students who believe it is unacceptable to blackout from drinking too much decreased a few percentage points to 79 percent.

First-years take the first portion of the survey in September and a follow-up segment later in the fall.

The First-Year Alcohol and Other Drug Social Norms Campaign, now in its fourth year, uses students’ answers to the survey to correct misconceptions they may have about drinking and drug culture at NU, according to the campaign’s website. In September, the Health Promotion and Wellness department prints posters with data points from the first part of the survey, which resident assistants put up in dorms.

The percentage of students who abstain from consuming alcohol is consistently between 30 and 35 percent from year to year, Meier said. This statistic surprised Weinberg freshman Richa Shah, who said it changed her perception of drinking culture, which she expected to be more pervasive because of the media’s portrayal of drinking in college.

“Coming in, I wasn’t sure if I wanted to drink or not,” Shah said. “It was kind of reassuring to see that that number was so high. I thought I’d be literally the only person (abstaining) on campus.”

This year, in addition to the statistical changes, Meier said HPaW used feedback from RAs, campus partners and students to change how the campaign is presented. This included reducing the number of physical posters and campaign messages — including those that some students misinterpreted.

Every year, a conversion rate is calculated after first-years take the second installment of the survey later in fall quarter. Although first-years are still in the process of taking the second part of the survey, Meier said the conversation rate to a high-risk drinking level is typically in the low 30 percent range. However, data from the Core Institute’s 2016 survey indicates that as students move beyond their first year, they drink less.

Various initiatives to lower the conversion rate such as increased late-night programming, have been unsuccessful. Meier hopes the addition to the survey of two questions asking if students believe their behavior influences NU’s culture around substance use will encourage freshmen to take responsibility in shifting the school’s culture.

Meier said the results from those questions weren’t included in the norms campaign, but they were shared with program assistants during Wildcat Welcome.

“There needs to be some onus within the community to say ‘No, we’re not going to allow this to be the norm anymore. We don’t want this to be what people think of us, or how we’re perceived even,’” Meier said.

Bienen first-year Jamie Eder said he is unsure how accurately the data from the survey represents NU students’ drinking habits. Eder said people act differently once they get to college, and the answers seemed to come from targeted questions.

“I think people answered generally honestly, but it was probably biased in the way they worded the questions, and some people might have lied,” Eder said.