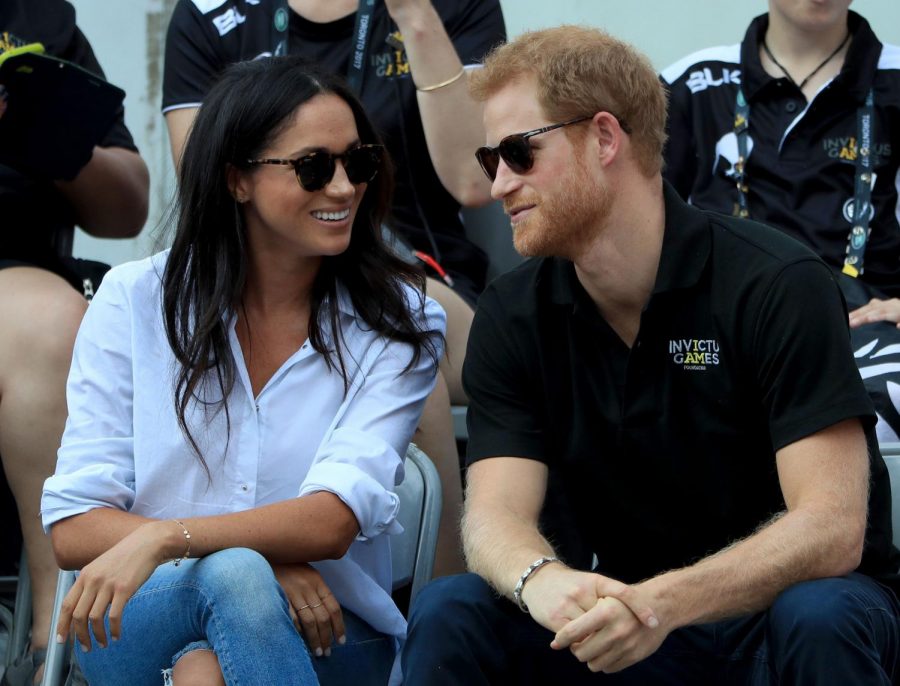 Prince Harry and Meghan Markle watch Wheelchair Tennis at the 2017 Invictus Games in Toronto, Canada on Monday, September 25, 2017. Just over a year later, the two would announce they’re expecting their first child.

A mere 3,900 miles across the pond and through Kensington Palace’s opulent front gates, a Northwestern alumna — some prefer “Her Royal Highness the Duchess of Sussex” — will soon raise a potential monarch.

Meghan Markle (Communication ’03) and Prince Harry announced Monday they are expecting their first child together this spring. The joyous reveal hits international headlines five months after their star-studded wedding on May 19. Markle recently passed the 12-week mark of her pregnancy.

Currently on their tour down under, Markle and her husband have been traversing Australia and New Zealand, as well as both Fiji and Tonga, where the Zika Virus has been detected. The royal couple sought medical advice, reports say, amid potential concerns and decided to proceed with travel plans.

Regardless of their name, prominent figures from Markle’s mother Doria Ragland, who called the announcement “lovely news” in a Kensington Palace statement, to Prince William and Kate Middleton are excited to welcome the child — who will fall seventh in line for the throne — into the family tree.

“Their Royal Highnesses very much appreciate all of the support they have received from people around the world since their wedding in May and are delighted to be able to share their happy news,” the Palace said.