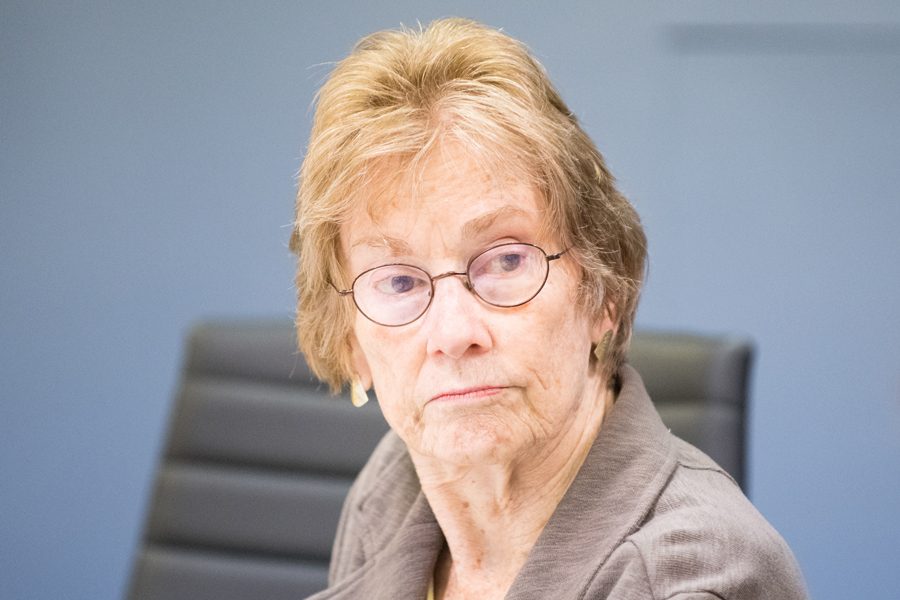 A proposed land easement in Wilmette near the border of Evanston is being met with staunch opposition from both cities, since the parcel comprises wetlands that are crucial for stormwater management.

The proposed easement would take up much of the 10th hole of the Canal Shores Golf Course, south of Maple Avenue. The area constitutes a wetland and contains a number of century-old oak trees, said Ald. Eleanor Revelle (7th), and is a “joint Evanston-Wilmette treasure.” The parcel — which sits right above the border with Evanston — is near her ward, and she has been vocal about her opposition to the proposed development.

“There are a handful of pretty old trees that would have to be removed,” Revelle said. “From a stormwater management point of view, it doesn’t make any sense to pave over a wetland. From an ecological point of view … it would cause irreparable harm to this really special community green space.”

The proposal to build a road through the woods comes from the Keefe Family Trust. The group owns a vacant lot, which they are trying to access through the easement.

In 2017, the group first proposed a road in the area, this time through Isabella Woods, an undisturbed oak forest close to the golf course. In April of the same year, the Cook County Department of Transportation and Highways asked the Metropolitan Water Reclamation District for a 75-year lease on the property. In May, the MWRD board voted unanimously to block the decision.

Now, the proposal has been brought back to the water reclamation district board, which is set to hear it at an Oct. 18 meeting. A spokesperson for the board declined to comment on the issue.

Spokesperson and Canal Shores board member Karl Leinberger said the golf course is not only used by golfers, but also by other community members. The golf course — which is registered as a non-profit and does not collect tax money — is used by runners, dog walkers, bird watchers and more, Leinberger said.

He added that community members are almost universally opposed to the roadway.

“We have had supporters calling and emailing the commissioners,” Leinberger said. “We’re trying to raise awareness for this in the community because the community sees this as valuable green space.”

In advance of the meeting, the Wilmette Park District and Mayor Steve Hagerty both wrote letters to MWRD stating their opposition to the development.

In his letter, Hagerty said the proposed road would “irrevocably harm the delicate ecology of the area” by eliminating trees, habitats and the designated wetlands.

“Stewardship of our environment and our finite public resources has never been more important,” he wrote. “Given the history of the property and the significant adverse impacts the proposed road would have on our flora, fauna and the greater Evanston community, I respectfully urge the MWRD (to decline the request).”