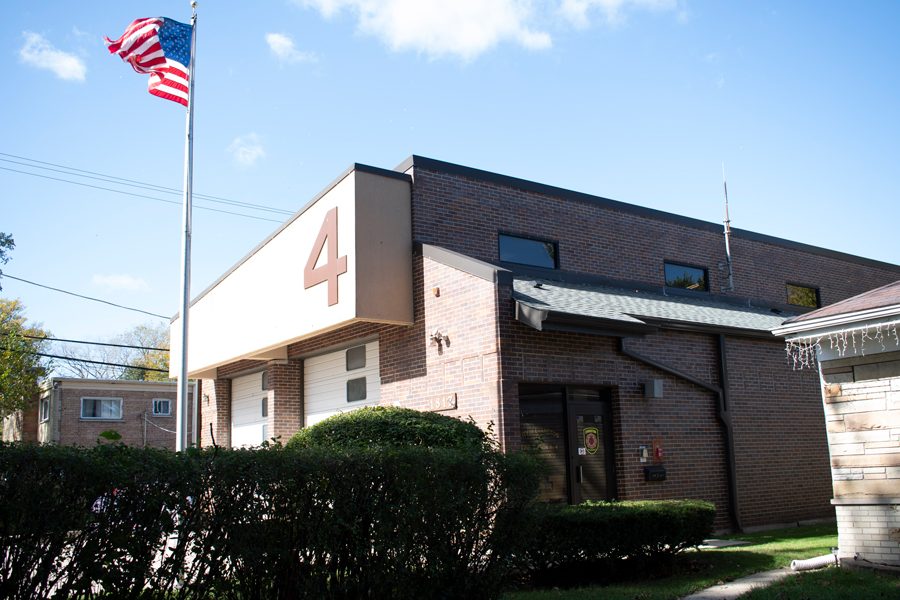 Evanston residents have said they are frustrated at the possibility of Evanston Fire Department Station 4 — located in the 2nd Ward at 1817 Washington St. — shutting down due to proposed budget cuts.

City officials are considering a $1.2 million cut to EFD, according to the proposed budget for fiscal year 2019, which was released Oct. 5. The proposed budget cuts also would result in the removal of nine EFD positions, only one of which is currently filled.

Slower response times are a major concern for residents, especially in a city the size of Evanston. According to the proposed budget, if Station 4 were to close, the nearby fire stations would take over the emergency services. Currently, there are five fire stations, but the closest is a mile away from Station 4.

“If you are closing one, will you have more speed? I don’t think so,” said Evanston resident Maxi Illanes, who lives near the station.

In 2017, the department responded to 10,059 emergency calls, according to the EFD Annual Report. In a Facebook post, former EFD Chief Greg Klaiber said Station 4 responded to 1,173 of those calls, which amounts to over 11 percent.

Former EFD firefighter Mike Wideman said he was concerned about what the proposed budget is prioritizing.

“Lives are being put on the line,” Wideman said. “I can’t see how an ice skating rink and people’s lives are even in the same picture.”

The projected budget deficit accounts for the renovation of the Robert Crown Community Center, which is set to include a new ice rink.

The city has designated $1 million in this year’s budget for the center’s renovation. However, in a letter from Oct. 11 to City Council, Friends of the Robert Crown Center — a nonprofit fundraising for the center’s construction — said they can provide an additional $1 million for the project, which would cover the amount in the deficit. The total cost of the renovations has amounted to $53 million.

City manager Wally Bobkiewicz told The Daily that his office is looking over the proposal in conjunction with the city’s legal and finance departments.

If Station 4 closes, the fire engine located there would also be removed.

Evanston resident Diane Erickson, said that after she experienced a hike in property taxes in 2017, the proposal to cut the EFD budget is “inexcusable.”

“The city of Evanston should not be closing fire departments or anything, especially with our taxes (having gone) up. I’m very unhappy,” Erickson said.

The elimination of nine firefighter positions is also upsetting to some residents, although eight of the positions are currently vacant. Evanston resident Elijah Gist said there has to be another alternative to taking away job opportunities.

“These are people’s jobs at stake,” he said. “It’s not a great look for the city, people losing their jobs.”

The city is also considering removing five officer positions from the Evanston Police Department, according to the budget proposal.

Wideman, the former firefighter, said he was born and raised in Evanston, and a lot of his family still lives in southwest Evanston, the area Station 4 covers. He said that he wants his family to be serviced the best they can, but the officials who formed the proposal “don’t even have roots in Evanston.”

“The last thing they should ever cut is the 911 emergency services,” Wideman said. “Never ever ever.”