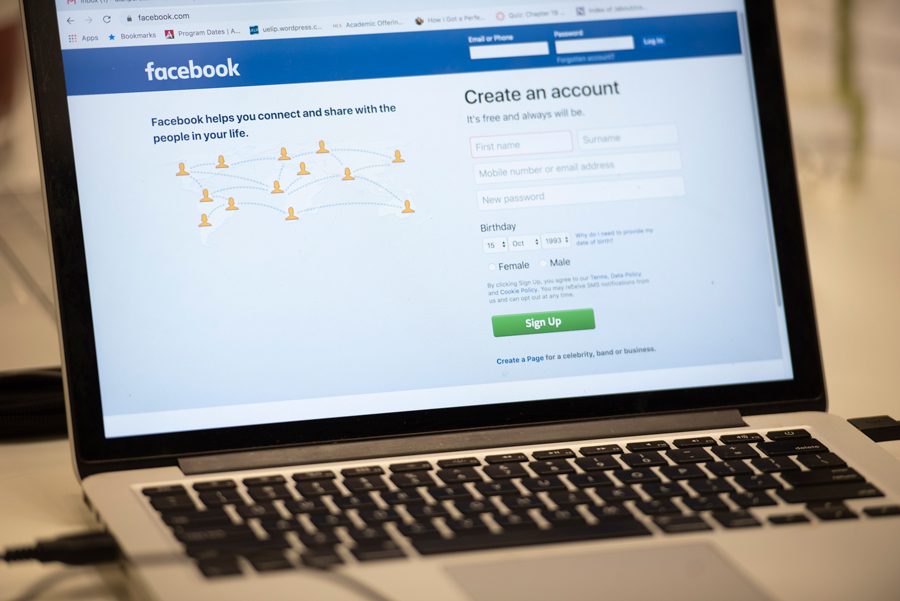 The Facebook login screen. Facebook has recently come under fire for how it handled user data over the past several years.

The company has been rocked with scandals over the past year regarding its handling of user data, including a recent report that said information from about 29 million users were stolen by cyber attackers. Since the revelations of Cambridge Analytica’s data collections during the 2016 presidential election, trust in Facebook across the nation has been fragile.

According to NBC news survey data, the general public’s trust in the social media outlet is down more than 50 percent since the scandal, but several Northwestern students don’t seem to feel the same way.

“I still use Facebook, because I’m more focused on the social aspects of Facebook,” Schonberger said. “So it’s not really as much a concern for me, politically.”

In April, Facebook CEO Mark Zuckerberg testified to Congress and apologized for what many labeled as malpractice. Zuckerberg said Cambridge Analytica accessed 87 million Facebook users’ names, likes and other personal information — including his own.

Medill sophomore Augusta Saraiva said she worries more about others’ security on Facebook than she does her own because she is aware of the dangers associated with social media platforms.

“I think that people like my mom or my parents, who are not aware of what is going on, might be very impacted by that, because they can’t differentiate what is fake news from what is trusting news,” Saraiva said.

Facebook announced in a news release that it will include a link at the top of the page that allows users to see what information apps have collected about them and limit the information those apps can collect. It will also allow users to remove those apps. The company said in April they would alert those users whose personal data were collected by Cambridge Analytica.

Medill Prof. Melissa Isaacson said she finds the situation “very scary,” but like Saraiva, Isaacson said she doesn’t think she will be directly affected by it. “I’m very vigilant, so certainly while I’m troubled by it, I’m more troubled by how vulnerable others might be, who don’t understand and aren’t on the alert for it,” she said.

The controversies raise questions about how social media giants can move past scandals and better protect their users.

Weinberg sophomore Adam Downing is interested in how social media networks will navigate these waters in the future.

“It opens up a lot of things that we have never considered about social media and how the internet as a whole is going to work in the 21st century,” Downing said. “Now I think we are kind of figuring out what that means, to live in a world with social media, and where a lot of the news and a lot of the influence that people experience in the world comes from these platforms.”

Still, Downing said he continues to follow the news to remain aware of the controversies that have yet to unfold.

“Not so much because I’m afraid of what’s happening to my information, but to kind of watch as a new field emerges, or to see how it kind of adapts to the situation,” he said.