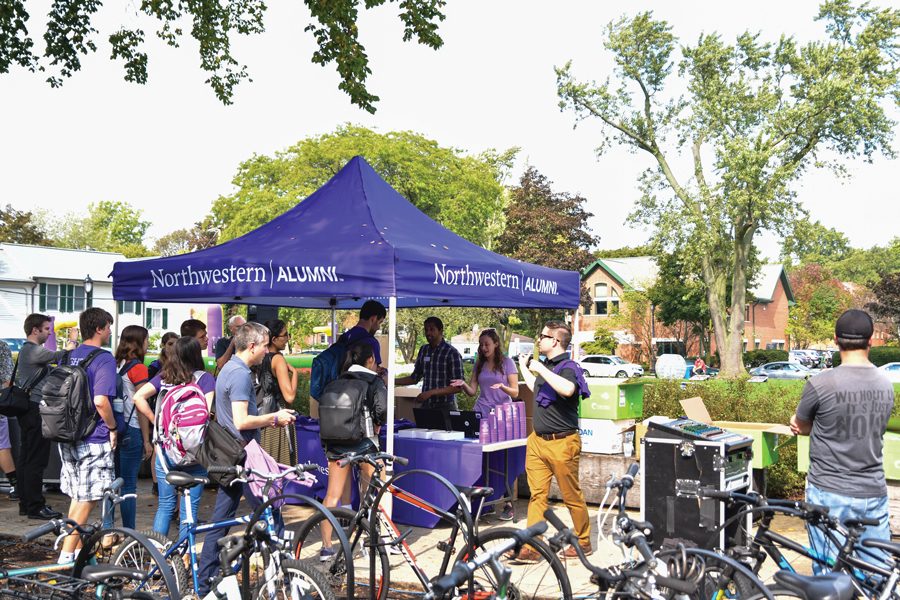 Homecoming festivities early in the week.

Northwestern students will elect their 2018 Homecoming Wildcat on Friday. Meet the nominees below. 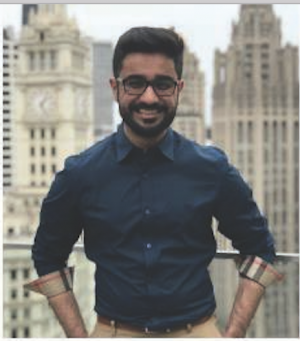 Ali Qureshi
Weinberg senior Ali Qureshi said he is running because he was captivated by the homecoming parade when he witnessed it as a freshman. It was a fairy-tale moment for him, he said.

Qureshi started the cricket club at Northwestern. He said his favorite aspect about Northwestern is the people on campus, and the diversity and various perspectives that make NU unique.

“Honestly, I have lived and breathed the school spirit for the past three years,” Qureshi said. “I feel that being on the court will be an amalgamation of the entire journey.” 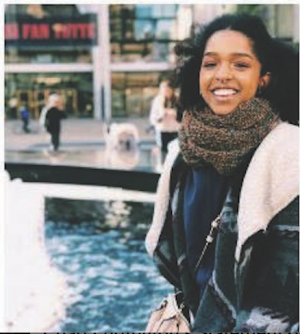 The communication senior was on a Waa-Mu panel last year that tackled the issue of diversity, and was instrumental in the implementation of closed captioning in Waa-Mu’s show last spring.

“To be able to show even more and highlight what I’ve been doing through (being) Homecoming Wildcat would be super cool,” she said.

Paul-Emile has thought of NU as her home since the moment she set foot on campus.

“When I walked in for Wildcat Welcome, I felt at home,” Paul-Emile said. “In a split second I would do this all over again.” 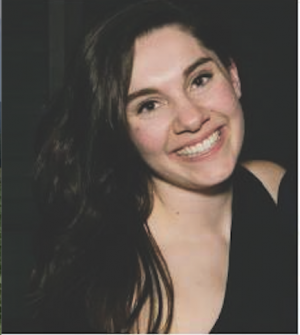 Annie Krall
Annie Krall has known she wanted to be on homecoming royalty court since she was eight years old, after attending a Northwestern homecoming game. The daughter of two alumni, her parents have been season ticket holders since they graduated from NU.

But the most significant part about the school has been the people, she said.

“This school just draws the most incredible individuals in the nation,” Krall said. “I have been so blessed on campus to have met so many different types of people.” 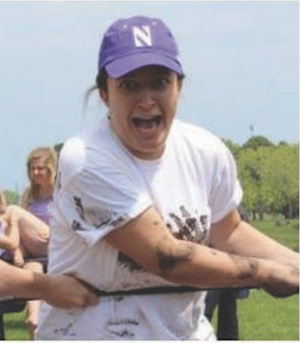 Kathryn Karnaze
Medill senior Kathryn Karnaze believes it’s important to spend time on what she loves, and not resume-padding activities, which many NU students tend to forget, she said.

“You have to understand timing of life, and you have to embrace timing and send positive thoughts into the universe because that’s how good things happen to you,” Karnaze said.

That’s why she’s going to celebrate being a part of NU’s homecoming court and all the relationships she’s made with people on campus this year.

“It’s just kind of been a fun treat almost to see how people are being really nice,” Karnaze said. “The quality of people that Northwestern accepts and just the people who go here, are people who I vibe with.” 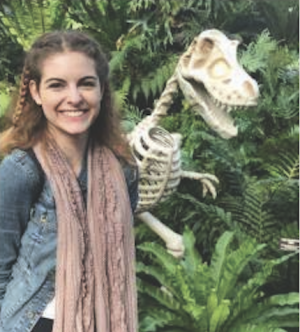 Meredith Belloni
Weinberg senior Meredith Belloni didn’t know what to expect when she transferred to Northwestern her sophomore year from Tulane University, she said. She added that now, as part of this year’s homecoming royalty, she’s glad that she can show transfers that they can also find a community at NU.

“I (am) in it to have a good time, not necessarily to get the crown or anything,” Belloni said.

Belloni hopes that all students, especially transfers, take advantage of all the opportunities that NU offers.

“I used to go to a school where there just wasn’t nearly this much stuff going on,” Belloni said. “There’s just something for everyone.” 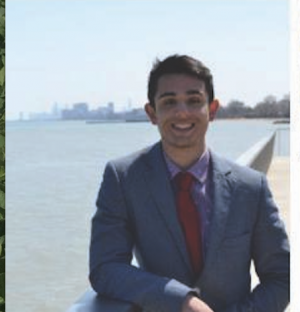 Fabian Gomez
The best thing McCormick senior Fabian Gomez learned during his time at NU was the importance of being genuine to oneself.

Gomez loves how the students of Northwestern are passionate and enthusiastic about a diverse range of interests.

Gomez said the process of Homecoming has been a blast, from meeting the other royalty to seeing the huge amount of work that gets put into the event. He thinks it will be fun if he is crowned, “Mean Girls style.” 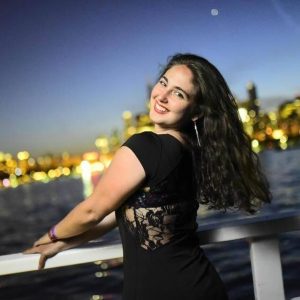 Sydney Marcus
Earlier in her Northwestern career, Sydney Marcus’ friends were annoyed at how much purple pride she had, so they signed her up to be a tour guide. Undeterred, Marcus began telling them how about all the fun new information she had learned in tour guide training.

Marcus, a McCormick senior, said she is sad to be leaving campus at the end of next year. In particular, she said the spirit her classmates show is her favorite part of being a Wildcat.

“I like that the school is full of people who are super passionate about really different things,” Marcus said. “It’s all just a bunch of people who want to share that with others.” 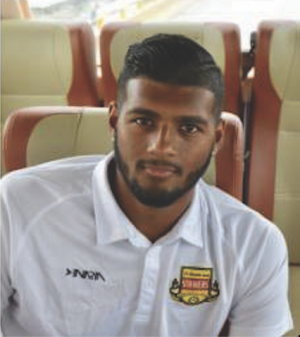 “I really wish I was able to attend more events,” the communication senior said. “But the soccer season has been extremely busy and our schedule this year has me traveling quite a bit.”

For the most part, Thuraisingham said, NU makes it possible for him to pursue “world class academics” while also competing at the “highest level” of collegiate athletics.

“Almost no other universities can offer the same thing, and it’s one of the reasons I committed here back in 2015,” he said. 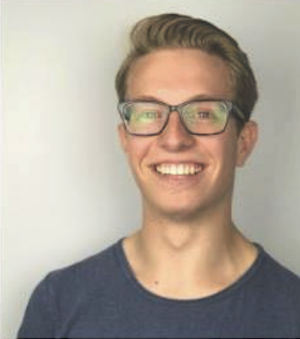 Andrew Harlan
For communication senior Andrew Harlan, the best thing about NU is the people.

“I’m surrounded by a group of people who are incredibly passionate about all of the things they do,” he said. “The people at Northwestern really made me a better person. I feel really lucky to know all those people.”

Becoming Homecoming Wildcat would be a good way to round out his NU experience, Harlan said.

“Being Homecoming Wildcat would be a nice way to commemorate all the friendships I’ve made here,” he said. “Northwestern people are very passionate and very compassionate, and I strive to be one of those people.” 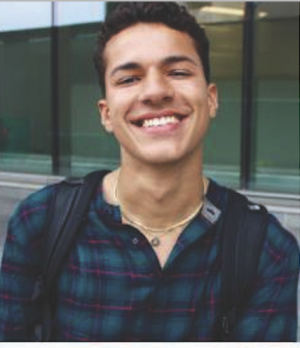 Nigel Anderson
In his bio on the Northwestern Homecoming website, Nigel Anderson wrote he is a biological studies major who hopes to go to medical school after graduating from Northwestern, but not before taking a gap year to travel and work as an EMT. The Indianapolis native is the diversity and inclusion chair of his medical fraternity, Phi Delta Epsilon, and researches visual pathways in the Horvath lab.

In his bio, Anderson wrote that his NU experience has been “nothing short of magical.”

”I believe in this university and believe that I represent everything it does to take young people and shape them into educated, confident, and aware individuals with purpose,” he wrote. 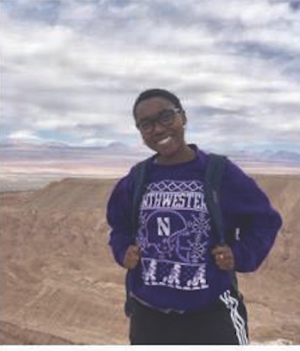 The social policy and international studies major wrote she loves Northwestern, even down to the school color purple.

“Through my time at Northwestern, I’ve had the opportunity to learn about and engage with different corners of the campus and love meeting and interacting with people,” she wrote.