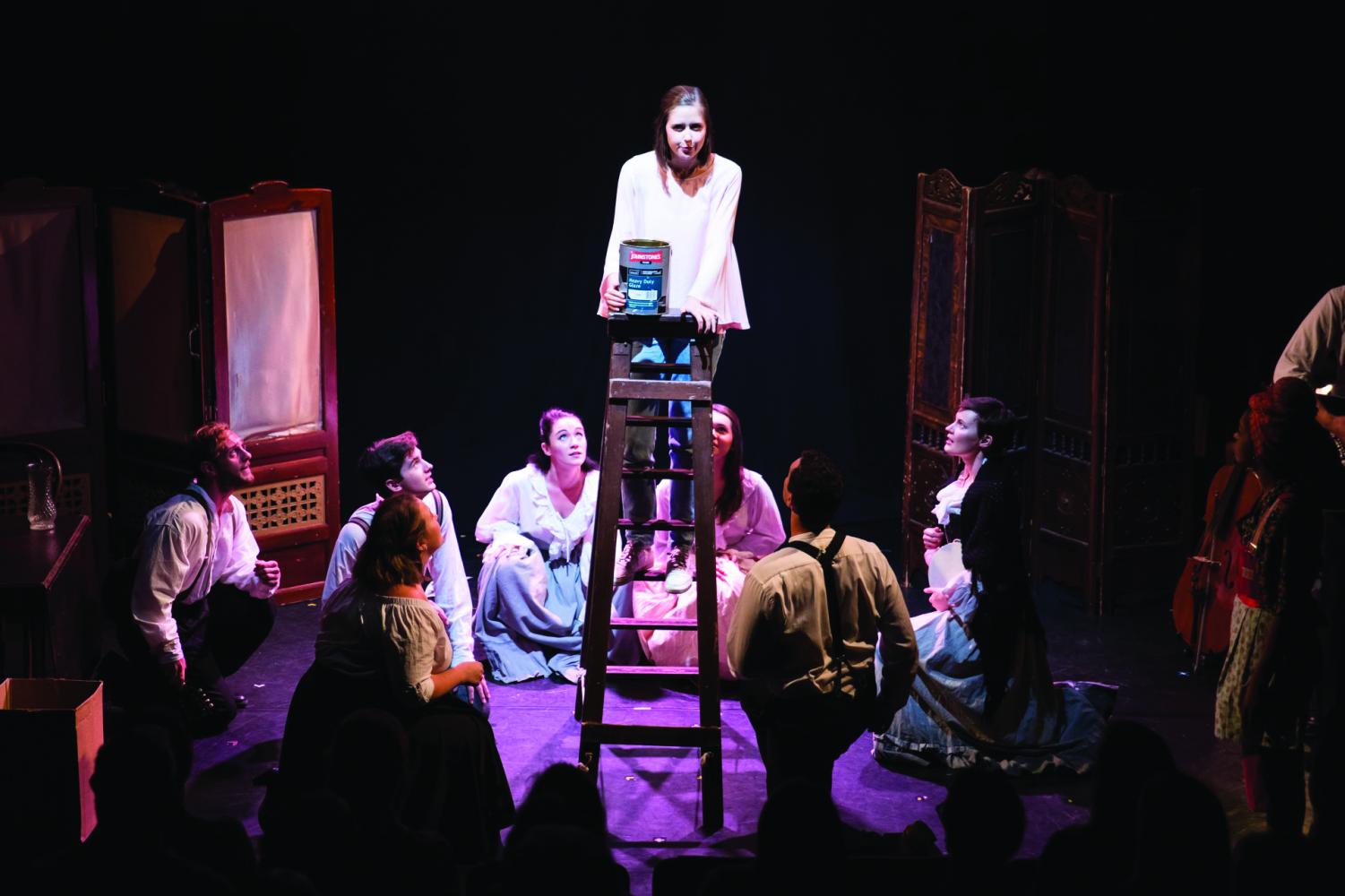 The cast of “Legacy: A Mother’s Song” perform at the Edinburgh Festival Fringe. The show explored the themes of choice and motherhood. (Source: Justin Barbin )