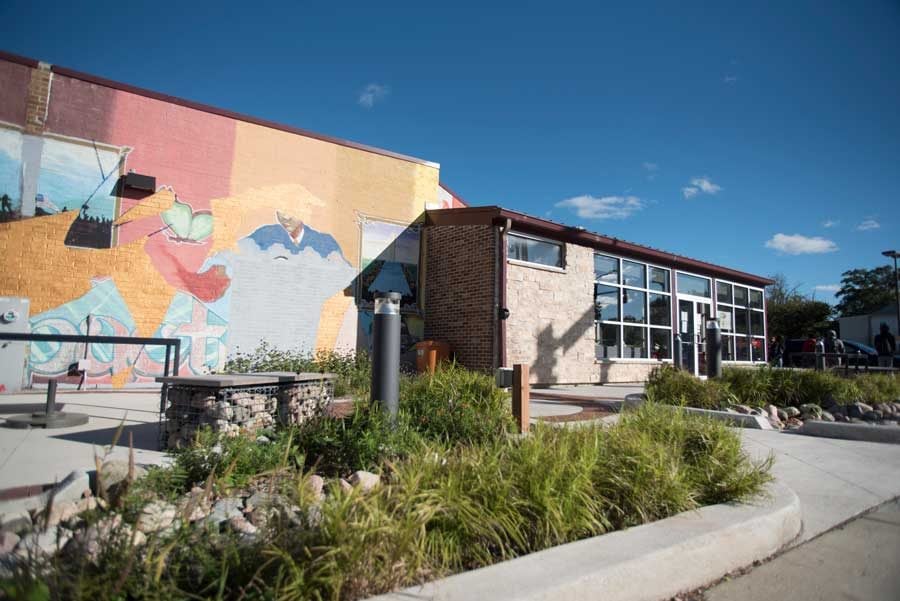 The Gibbs-Morrison Cultural Center at 1823 Church St. In the proposed city budget for fiscal year 2019 — which contains a $7.4 million deficit — city staff recommended ceasing operations at the center.

Programming at the Gibbs-Morrison Cultural Center is at risk of being cut by the city, pending the approval of next year’s operating budget.

In the proposed city budget for fiscal year 2019 — which contains a $7.4 million deficit — city staff is recommending to cease operating the center, which is located at 1823 Church St. in the 5th Ward. Rather than cutting programming at the center completely, the city plans to find a different operator, city manager Wally Bobkiewicz said.

Gibbs-Morrison is the smallest city facility in the Parks, Recreation and Community Services department, he said, and it gives the city the “greatest opportunity” to find another operator for the center.

“As we looked at the parks and (recreation) department, unfortunately, we found that there needed to be some reductions there,” he said. “We looked at the vast nature of our programs: 75 parks, multiple community centers, cultural centers, (the) Ecology Center. This was the smallest footprint.”

Since receiving the budget proposal, Ald. Robin Rue Simmons (5th) has been “working diligently” to keep Gibbs-Morrison open, she said. Rue Simmons is evaluating ways to increase revenue at the center, she said, including finding a food provider with a menu that better serves the neighborhood and making better use of the center’s music recording studios.

Currently, the center features the First Slice Pie Café and the Delores Holmes Recording Studio, which is open for private rental sessions.

The 5th Ward has the most economic need, Rue Simmons said, making it “unacceptable” to close the building.

“It seems inappropriate — in the time that we have diversity, inclusion and equity at the top of our agenda — to close a facility that is serving the community that has been excluded in many ways,” Rue Simmons said.

She added that most city-operated parks and community centers do not generate enough revenue to offset their costs, a problem not exclusive to Gibbs-Morrison.

Lawrence Hemingway, Evanston’s director of parks, recreation and community services, said he was disappointed to hear about the proposal, especially because his department had been working to increase programming and activity at the center.

“Gibbs is a staple in the community,” Hemingway said. “It’s just that it’s such a unique space that it provides a very intimate experience when you’re there.”

City Council will formally receive the budget proposal on Oct. 22, followed by a public hearing on Oct. 27.

Rue Simmons said she will advocate for Gibbs-Morrison to stay open when the budget proposal comes to a vote.