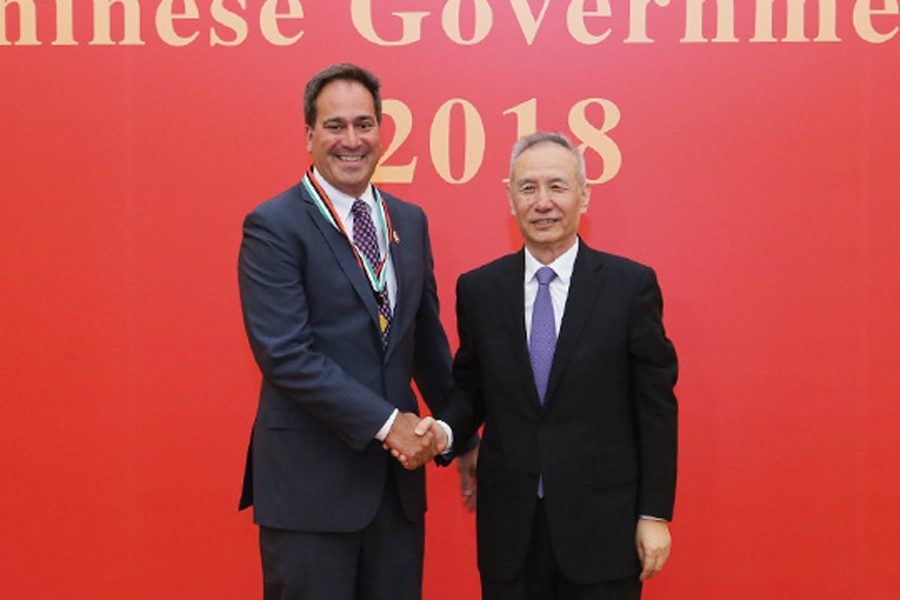 Chemistry Prof. Chad Mirkin was presented China’s Friendship Award, an annual honor recognizing “foreign experts who have made outstanding contributions to the country’s economic and social progress,” in late September.

Mirkin, director of the University’s International Institute for Nanotechnology, was among the 50 world leaders in science and business who received the award in Beijing last month, according to a University news release. As one of the most cited chemists in the world, the nanotechnology expert is known for the development of game changing tools and solutions in the field.

In the release, Mirkin called the recognition a “tremendous honor.”

“I have had the privilege of collaborating with some of the most intelligent and creative Chinese young scientists and students, both in China and at Northwestern,” Mirkin said. “We all share the goal of utilizing nanotechnology to improve medicine, food and water safety, energy efficiency and the environment, for the benefit of people throughout the world.”

Mirkin, the release said, has trained more than 60 Chinese students at Northwestern and given hundreds of seminars at various events in China. He is also an honorary professor at Shanghai Tech University, Hunan University and Jiangnan University.

University President Morton Schapiro praised Mirkin in the release for the accomplishment.

“The Northwestern community congratulates Professor Mirkin on receiving this tremendous honor and lauds him for his remarkable achievements and his unwavering commitment to global, collaborative scientific discovery,” Schapiro said.