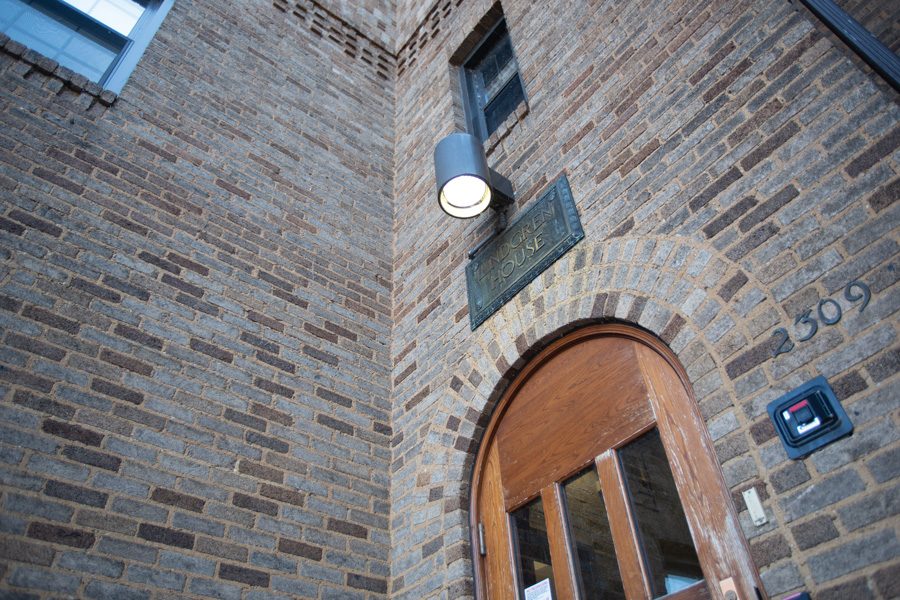 Lindgren House, 2309 Sheridan Rd., the new residence of Delta Chi. Students who were booked to live in Lindgren were offered a room on campus that they had ranked higher during their process.

The Northwestern chapter of Delta Chi will occupy the Lindgren House, 2309 Sheridan Rd., after a renegotiation of its lease with the University.

“It was a really cool opportunity to be more a part of the IFC community,” he said. “We’re just really excited to be across the street and be closer with the greater IFC community.”

“We sort of had gotten to a point where the old house didn’t fit our membership needs and we were excited to grow,” he said.

The move is part of a multi-year campaign to give fraternities updated leases and residences. Price said the fraternity’s 10-year lease expired at the end of the last school year.

Students who had planned to live in Lindgren were offered a room on campus that they had ranked higher during the housing selection process. “They were very pleased with their options” said Jennifer Luttig-Komrosky, the executive director of residential services.

The NU chapter of Theta Chi was eyeing Lindgren after reactivating its presence on campus last spring. Theta Chi members had previously occupied the fourth floor of the house, which only houses male residents.

Theta Chi began recruiting last spring after dissolving the year before, when members of the fraternity asked to disband. Director of Fraternity and Sorority Life Travis Martin said he was unaware of Theta Chi’s interest in the location.

Delta Chi’s new house will be adjacent to the Delta Upsilon house and two doors down from Bobb-McCulloch Hall.

A previous version of this article stated that Delta Chi’s move would result in all Interfraternity Council houses being east of Sheridan Road. Phi Mu Alpha Sinfonia and Evans Scholars are still to the west of the street. The Daily regrets the error.