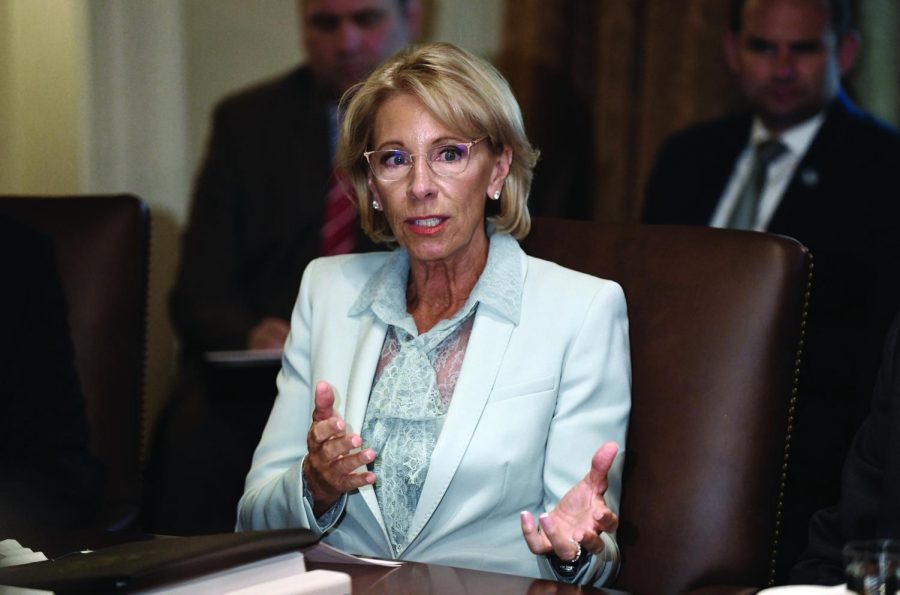 Northwestern’s updated sexual misconduct policy will give officials more time to investigate reports made to the University and seek to lessen the burden of the appeals process.

The Policy on Sexual Misconduct, which went into effect Sept. 10 after an open review period in early 2018 with the Northwestern community, says the University “strives to resolve all cases in a prompt and timely manner,” a vague timeline compared to the previous policy, which called for most cases to be resolved within 60 days of a report.

While both include exemptions for circumstances like breaks during the academic year and availability of witnesses, the updated version opens the door for longer investigations.

The change comes after the Department of Education rescinded Obama-era rules and released interim sexual misconduct guidelines for colleges and universities in September 2017. While Sarah Wake, the University’s associate vice president for equity, said the previous policy still complied with the new guidelines, the timeline change suggests the administration is amenable to the new requirements.

The interim guidelines announced by Education Secretary Betsy DeVos last year rescinded the 60-day timeline under the Obama administration, which many saw as taking a more aggressive stance on violations of Title IX, which bars sex discrimination in schools that receive federal funding.

In announcing the revised rules, DeVos sided with those accused of misconduct, who said Obama-era rules were unfair, and schools that complained of over-burdensome rules like the 60-day requirement.

“Schools must continue to confront these horrific crimes and behaviors head-on,” she said. “There will be no more sweeping them under the rug. But the process also must be fair and impartial, giving everyone more confidence in its outcomes.”

Much of the former policies and procedures that could have been changed, however, remain the same, such as the University’s rejection of mediation and its use of an appeals process. Northwestern also chose to stick with a lower burden of proof despite DeVos’ endorsement of a higher standard of evidence, though it is required to abide by the lower standard under Illinois law.

The new policy also seeks to ease the burden of complainants by revamping the appeals process to limit the number of times they would need to recall incidents.

Under the previous policy, Wake said investigators collected evidence and interviews to make a report, which was given to a student conduct panel with the Dean of Students Office. This would be followed by a panel hearing — during which parties could respond to the report — that would make a decision on whether the sexual misconduct policy had been violated, and implement any necessary sanctions. Both parties could then appeal.

Wake said this procedure could be “challenging” for both parties. “What we heard from our students who had gone through the process is that that could be difficult,” she said. “Essentially, the student is left to tell their story three, sometimes four times, in different stages of the process.”

The new policy says investigators will still proceed the same way, but participants will be able to review and suggest revisions to a preliminary report, prior to its finalization, in cases that could result in a student being permanently or temporarily removed from the University. Once the report is final, investigators will determine whether the policy was violated. If so, a separate sanctioning panel will meet, and both parties could still appeal through writing.

Other changes included updated language, listing confidential off-campus resources and detailing the factors the University uses to determine whether to proceed with an investigation someone reporting doesn’t want to participate in.

Wake said roughly 10 individuals commented on the policy, and Faculty Senate and Associated Student Government submitted joint comments. While she said this review process happens every summer, Wake added this was the first time there was open review because of new, University-wide procedures.

“Getting feedback from the community and thinking about how to implement that feedback is now the normal course of implementing these university-wide policies, which the policy on sexual misconduct certainly is,” Wake said.

The offices of Equity, the Provost, Human Resources and Student Affairs participated in updating the policy. Those offices could soon be called upon again once the Education Department issues new permanent guidelines, which for the first time would have the force of law.

The New York Times reported in August that DeVos will soon roll out more permanent guidelines for sexual misconduct in schools, including narrowing the definition of sexual harassment and scope of colleges’ responsibilities. Wake said once released, if the University isn’t already in compliance, her office will engage with the community on how to make changes.

“We will comply with the law, and we will do what we have to do,” Wake said. “We will also put the health and safety of our community first and put an emphasis on fairness in process, and providing resources and really developing a process that makes sense for our community.”