Lorraine Morton had many titles. Mayor was only one of them 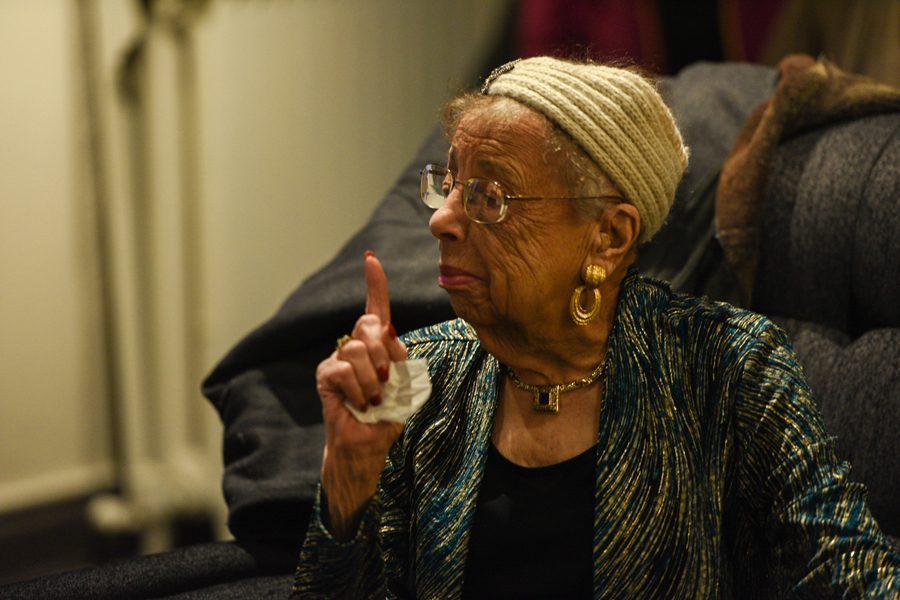 In 1982, Evanston’s 5th Ward needed a new leader. The former independent alderman, Roosevelt Alexander, had resigned suddenly and went on to run as a Republican for circuit court judge.

The mayor at the time, Jay Lytle, began receiving unsolicited applications to fill the vacancy. After determining that none of the applicants were fit, he went to the community for input. Again and again, residents repeated one name for who they wanted to represent them: Lorraine Morton, who was then a principal at Haven Middle School.

Lytle, recalling the story at Saturday’s funeral services, called Morton and set up a meeting, not mentioning specifics. Just days before, his daughter had been disciplined by Morton for starting a food fight. At the meeting, Morton immediately defended her decision to bar Lytle’s daughter from attending an upcoming field trip.

“We all know you don’t stop Lorraine when she’s on a rant,” he said Saturday, speaking to attendees at Morton’s funeral. “You just don’t do it.”

Lytle then told Morton, who years before had begun a life of public service, that he wanted to appoint her as alderman. She was speechless.

“I’m not a politician,” she finally said to Lytle after about a minute of silence.

Lytle told her she simply needed to continue what she had been doing already, just in a different venue.

It was then that Morton entered politics and begin a new part of her career. She would go on to become Evanston’s first African-American mayor, and its longest serving.

“Lorraine Morton is, was, and always will be my Mayor,” former Mayor Elizabeth Tisdahl said at Saturday’s celebration.

But those close to her knew that her life of public service began long before she became mayor.

Constance Lorraine Hairston was born in December 1918 to a schoolteacher and businessman in Winston-Salem, North Carolina. She was the last of 10 children, but enjoyed “being the baby,” according to the family’s obituary.

When a friend lost her leg to cancer, Morton, who was only a teenager at the time, raised money for an artificial leg, according to the obituary. People who knew her point to this as one of the earliest examples of her selflessness.

“Yes she was mayor, but she’s been a public servant forever,” Delores Holmes, the former 5th Ward alderman, told The Daily.

After graduating with an education degree from Winston-Salem’s Teachers College and working her first stint as a teacher, Morton attended Northwestern University and graduated with a master’s degree in education in 1942. She would serve as an educator for another 30 years before Lytle offered her a seat on the City Council.

Through her roles as teacher, principal, head of the local NAACP chapter, deacon, mother, alderman and mayor, Morton was often consulted by her successors who sought her wisdom and experience.

Holmes said Morton taught her the importance of strengthening her relationships with churches to stay connected to the black community. Tisdahl, Morton’s immediate successor, was told to only write down notes, not a script, for important speeches and often called the retired mayor for advice.

As a stalwart of the community, Morton’s endorsement was essential for those wanting to fill her shoes. Speaking at her funeral, current Mayor Steve Hagerty said he visited Morton at her home during the campaign. He was met with a loud television and said he turned down the volume, only to turn it up again after CNN announced breaking news: Hillary Clinton would not be indicted by the FBI.

The two sat and watched the presidential candidate “skilfully” defend herself during a round of interviews with news anchors.

“You should take notes,” Hagerty remembered Morton telling him.

“I’m not sure what she wanted me to learn that day, but that was the teacher in Lorraine Morton,” he said.

Countless others echoed that sentiment, saying she was never hesitant to teach a lesson when the opportunity came. They said devotion to teaching came from an ideal she learned at an early age from her father and often repeated. It became a crucial line in a documentary about her life produced by the Shorefront Legacy Center.

“Only a life of service is a life worthwhile,” Morton said.

As a black woman, Morton was all too familiar with the experience of discrimination. In an interview after her retirement, she recalled living with five black female students on Lake Street in south Evanston during her years studying at Northwestern. At the time, African-American students were barred from living on campus.

Later, she would go on to fight that injustice. Morton committed to desegregation efforts as a member of the NAACP and wanted to break the color barrier in Evanston schools. In the early 1960s, she asked Superintendent Oscar Chute if she could transfer from the Foster School to another a school in Evanston/Skokie School District 65, where she would become the first non-white teacher in the district.

“I’ll never forget the expression on his face,” she recalled in a 2013 interview with Shorefront Journal. “He seemed so pleased. As I interpreted it later, knowing his interest in the desegregation of schools, it was as if he said, ‘at last someone is willing to come in and break this ice!’”

While Morton fought tirelessly for the African-American community, she was also a champion of women’s rights. But for all the barriers she broke, Morton often promoted herself as a bridge builder.

As mayor, Morton improved the strained the relationship between the city and the University, which would later name a scholarship in her honor.

“Lorraine Morton was a good, personal friend and a friend to Northwestern University,” former University president Henry Bienen, whose tenure coincided with much of Morton’s, said in a news release. “She was a fine mayor and a fine person and an esteemed alumna of Northwestern. It was a pleasure to work with her and to know her during my tenure as president.”

Morton’s work of inclusion didn’t stop with institutions. At her funeral, family members said she stressed unequivocal family ties and fostered a tight-knit community up until her death.

Hecky Powell, owner of Hecky’s Barbecue, recalled the community leader’s work as a mentor for much of the city’s youth. If someone got into trouble, he told Saturday’s audience, she would call them to her house for at least one hour, sometimes more if the offense was more serious.

After talking with them over a coke or iced tea, she would offer her advice.

“She never abandoned any of us,” he said. “She helped shape me and others like me to become the men we are today.”

As a pillar of the community, the city’s residents had plenty to say of her legacy. If one thing was clear after Saturday’s funeral services, it’s that Evanston residents have a lot to remember her by.

While giving a eulogy toward the end of the event, the Rev. Larry Bullock summarized Morton’s impact on Evanston: