Loved ones remember Shane Colombo as passionate, ‘epitome of a good person’ 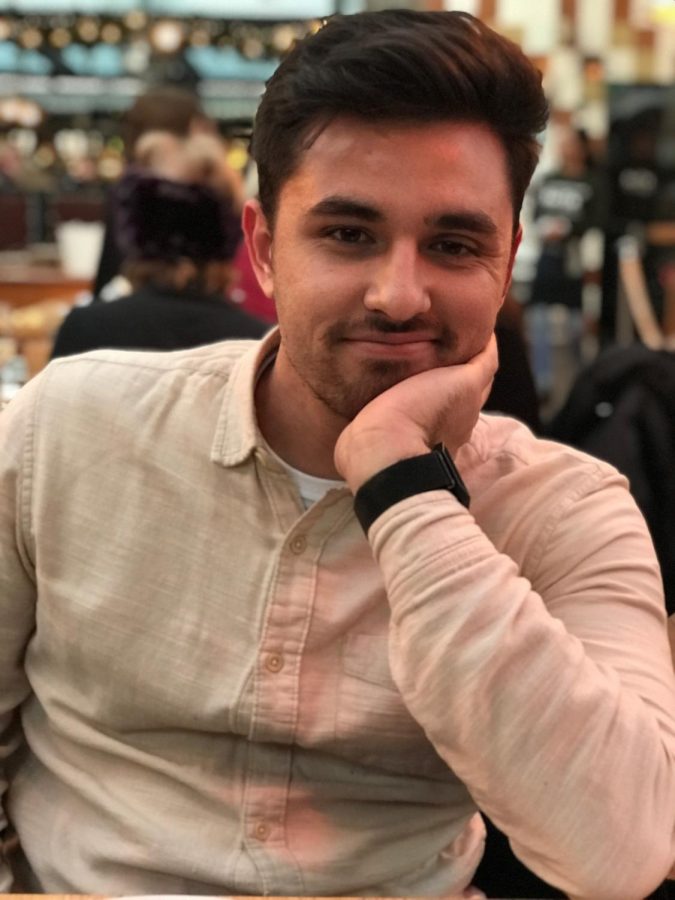 For his last birthday, Vincent Perez visited New York to see Shane Colombo, who had planned to take him around the city. As the day progressed, things “kept going wrong”: someone spilled coffee on his clothes, he and Colombo wanted to go ice-skating but the wait was hours-long and most stores were closed because it was Christmas Day. Eventually, they just went to go see Star Wars.

“We finally get out and there’s this beautiful installation outside,” Perez said, “and I pull out the ring and I told him, at the end of the day, I love you. And I know that things will never go right, but at this moment, I love you and that’s all that matters. And then I proposed to him. So if Shane taught me anything, it’s that nothing ever goes as planned, but you have to make the most of it.”

Shane Colombo, a 25-year-old incoming Northwestern doctoral student, was shot and killed on Sept. 2 after being caught in crossfire in Rogers Park a few hours after arriving in Chicago. The Chicago Police Department released photos of suspects they believe took part in the gunfight and is investigating the incident.

Colombo was preparing to join the University’s psychology Ph.D. program in the fall, and was in the process of moving to the Chicago area from New York City.

Perez, Colombo’s fiancé, described him as the “epitome of a good person.” Family and friends agreed Colombo was deeply warmhearted, driven and lived every day with intention.

“He had such strong relationships with so many people,” Colombo’s aunt Tracy Nishimuta said. “I don’t understand how didn’t spread himself too thin, but he was always present and in the moment. He would never be thinking about five billion things while he was trying to talk to you.”

His laughter and quirky sense of humor, she added, were contagious.

Even when he was in the hospital after receiving a stage 3B lymphoma diagnosis at 15-years-old, Colombo still prioritized others, his father Ariel Ernesto Colombo said.

“He was more concerned with everybody else being at ease than himself,” he said. “He wouldn’t talk about his pain or what he was going through. He was trying to keep everybody happy. The doctor was the one telling us what he was really feeling.”

Surviving his battle with cancer influenced Colombo’s pursuit of scientific research and ultimately, a career as a clinical psychologist, his father said. It also impacted the manner in which he approached life.

After finishing lymphoma treatments, Colombo “never slowed down” and wanted to do the most he could, his mother, Tonya Nishimuta-Colombo, said.

Nishimuta-Colombo described her son as empathetic, fun-loving and curious. Throughout his life, Colombo “always wanted to learn” — from a few weeks ago, when he asked his mom to teach him the correct technique to swim at the pool to when she brought him to the beach as a child in their hometown, San Clemente, California, and he noticed an interesting trail of sand.

“I looked up and he’d started walking all the way down the beach,” she said. “He wasn’t worried about where I was, he wasn’t afraid, and that was very much how Shane always was.”

While in New York, Colombo was a lab manager and research assistant studying depression and schizophrenia in Columbia University’s Social Cognitive and Affective Neuroscience Lab. In a GoFundMe page created by members of the lab to support his family, Colombo is described as a brilliant scientist who “brought his vivacious smile into our lab every single day.”

When Colombo left the lab this summer, Ochsner wasn’t there because he’d been traveling. But Colombo left a gift and personal card for him to open when he returned.

“Just the care and the time he took to write it out… he went the extra mile, and it’s exactly the kind of thing he would do,” Ochsner said.

Though talented and hardworking, Colombo was consistently modest and self-effacing, he added.

“He was the kind of person that you look at and go ‘Wow, this kid has so much potential. He doesn’t even know how much he has yet and when he finally is able to understand that, look out, he’s going to do big things,’” Ochsner said.

Teresa Woodruff, dean of The Graduate School, and Adrian Randolph, dean of Weinberg College of Arts and Sciences, said last week in an email to the Northwestern community that they both live in or near Rogers Park and expressed sadness that the world “will not one day be able to benefit from the research Shane was about to pursue.”

Odile Rodrik, Colombo’s close friend who worked alongside him in the SCAN Lab, described him as someone who “deeply and purely” cared for others at his core. Colombo was universally loved, Rodrik added, and she could always count on his “sarcasm, quick wit and infectious laugh.”

“Days that Shane wasn’t in the lab, sitting in our shared office 5 feet from me, were simply duller days,” she said. “He was open and honest and within minutes of interacting with him, made you feel as if you were already friends.”

From his happiness when accepted to Northwestern and devotion to his research to his love for dance and music, Rodrik said Colombo’s passion for so much in life was evident.

Friends and family agreed Colombo had an immense love for listening to and discovering new music, regularly going to concerts and festivals. After Colombo began playing the bass in middle school, he shared his interest with his older brother, Dane Colombo.

“Music is my whole life at this point, and it’s all because of Shane,” his brother said. “My favorite music (is) punk rock, that’s because of him. Even though he was my little brother, he was really influential on me.”

On their second date, Perez, Colombo’s fiancé, brought him to a dance class at the Joe Goode Annex in San Francisco. He called it one of the “most beautiful moments” they shared, and said throughout the five years they spent together, one of their favorite things to do was just dance.

“Being with Shane was like dancing in double time, syncopated, but in 3’s,” Perez wrote in a eulogy for Colombo sent to The Daily. “It was hard work, but most importantly, it was an adventure.”