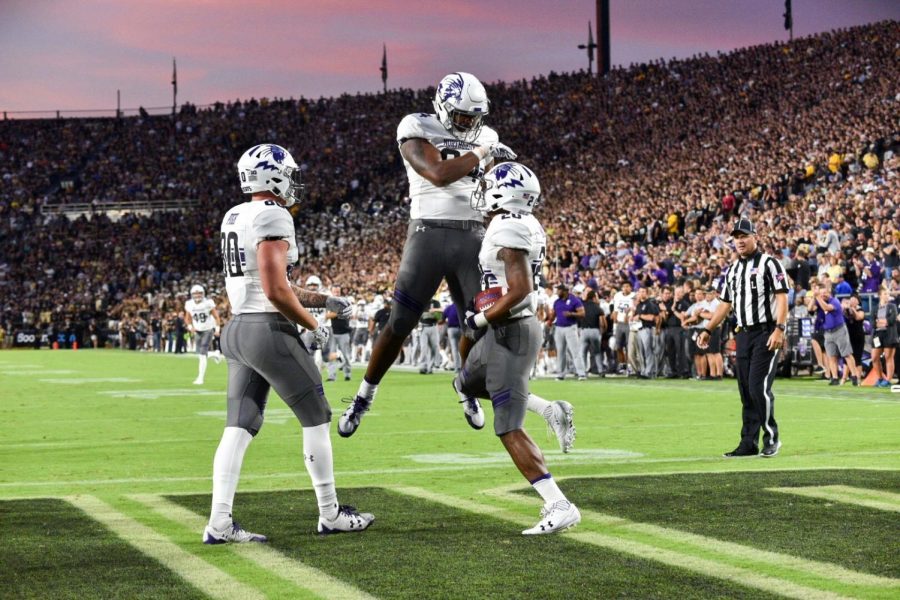 WEST LAFAYETTE, Ind. — Coach Pat Fitzgerald said the world would know his starting quarterback at 8:06 p.m. on Thursday. But as Northwestern started on defense, the suspense dragged on a longer — until exactly 8:12, when senior Clayton Thorson stepped under center and proceeded to lead a touchdown drive.

With a 31-27 final score, NU’s victory over Purdue (0-1, 0-1 Big Ten) was certainly more entertaining — and filled with more intrigue — than 2017’s contest that featured 36 total points and no quarterback controversies.

“The grit that our guys showed tonight was spectacular,” Fitzgerald said. “Great team win, we’ll take it, 1-0. It was all we could do today, and we got a lot of work to do.”

Both teams lit up the scoreboard despite myriad quarterback changes. Fitzgerald described Thorson and Green as on a “series plan,” which resulted in Thorson handling most of the quarterbacking duties, while Green was left in charge of four series, two in each half.

Thorson completed 16-of-26 passes for 172 yards, while Green went 7-for-11 with 63 yards. Neither quarterback was sacked nor turned the ball over.

“I was doing what the doctors ordered and what coach Fitz wanted, so I thought it was a really good plan,” Thorson said. “It’s just trying to ease me back in. I felt pretty good, and T.J. did a great job.”

The Cats weren’t the only ones opening week one with an “or” at the starting quarterback spot on the depth chart.

Elijah Sindelar began the game under center for the Boilermakers, but his three first-half interceptions and the 14-point deficit that resulted led Purdue coach Jeff Brohm to turn to David Blough, who played a cleaner game but struggled to lead drives.

But no quarterback played a pivotal role in the sealing play. Instead, a late hit penalty against Purdue’s Lorenzo Neal gave NU an automatic first down with barely two minutes left, allowing the Cats to seal the game with kneel downs.

“He threw me down,” Larkin said. “You have to have better discipline, obviously, in that type of situation, you have to know. Luckily it worked out for us.”

Purdue, for its part, piled up 324 yards before the break, though Sindelar’s propensity to keep turning the ball over left the Boilermakers too big a hole to start the second half.

“There are things we need to clean up,” senior linebacker Nate Hall said, “open-field tackling, leveraging the ball. A lot of guys made mistakes, myself included.”

After slow starts in the past few seasons — including an 0-2 start in losses to Western Michigan and Illinois State in 2016 and a 2-3 start featuring a blowout loss to Duke in 2017 — NU has already secured a crucial road conference win to open 2018.

With another key game against Duke set for Sept. 8 at Ryan Field, Fitzgerald was loath to crystalize the quarterback situation, repeatedly describing it as “fluid.”

“I’m being a little bit vague for a reason,” Fitzgerald said. “This was the plan. Obviously, we were gonna play two quarterbacks. … The plan was executed well.”