Notable speakers at Northwestern in 2018

Northwestern attracts a host of important and interesting speakers throughout any given school year. In the past, speakers have included former President Barack Obama, Pulitzer Prize-winning journalist Megan Twohey and famed director Barry Jenkins. Here is a rundown of some of the best from this past year and a taste of what you might have to look forward to. 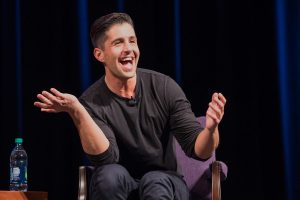 Josh Peck, well-known for his role in the Nickelodeon show “Drake & Josh,” brought some humor and levity to Northwestern as NU Hillel’s fall speaker in November.

Peck, now an internet personality, cracked jokes throughout the evening in Cahn Auditorium, even teasing that he would celebrate his birthday at the famed (and now, unfortunately, gone) Tommy Nevin’s Pub in Evanston.

He also discussed the importance of Judaism to his identity, noting that he has become more connected to his religion as he has gotten older. Further, Peck spoke about the difficulties of being a child star.

“My saving grace was that I was overweight, and my awkward teenage years were chronicled on television forever,” Peck said. “In a weird way, that saved me because I just never got too impressed with myself, and I fell in love with the work. I just couldn’t believe that I was so lucky to be doing the thing that I loved and making a living out of it.” 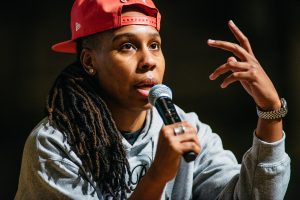 Waithe, an alumna of Evanston Township High School, discussed her career in television and how she went from being an avid TV-watcher to the first black woman to win an Emmy for comedy series writing. She emphasized the importance of supporting other writers of color who are trying to enter the TV industry and of increasing representation in the field.

Sarah Parisien, an ETHS student who attended the event, said she was first inspired by Waithe while watching her acceptance speech at the Emmys and was excited when she heard she would be speaking in Evanston. She said it “meant the world” to her to have Waithe as a role model.

“Knowing that you could come out of ETHS and be something as great as she is, that just inspires me,” Parisien said. “I can do the exact same thing.” 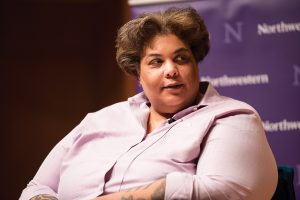 Roxane Gay, an op-ed contributor for The New York Times and the author of best-selling books “Bad Feminist” and “Hunger,” among others, came to speak at NU in April.

At the event, hosted by the Contemporary Thought Speaker Series and the Women’s Center in a packed Pick-Staiger Concert Hall, Gay discussed pop culture, race and writing. She gave advice to younger black girls, noting that standing up for oneself and resisting the stereotype of “angry black women” is a powerful tool.

Weinberg junior Toni Akunebu attended the event and told The Daily she resonated with Gay’s discussion of how to tell personal stories and make the private, public.

“(She’s) hilarious and a gem of a human that has this very particular experience,” Akunebu said. “But this experience can also be universalized, and she has so much to share and so much to give to the world.” 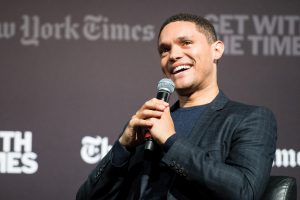 Comedian Trevor Noah regaled a packed Cahn Auditorium on October 15 to talk about his experiences, from growing up during apartheid South Africa to his life as a comedian. Interviewed by John Eligon (Medill ’04) of The New York Times, the two discussed racial identity and how it plays a role in America today.

Much like during his time on TV hosting “The Daily Show,” Noah did not hesitate to make remarks on the current political state, including denying that it was “Trump’s America,” but rather it is America “dealing with Donald Trump.”

Eligon and Noah also discussed the role of journalism in the rapidly changing field that is the media, speaking to an auditorium of primarily journalism students and students interested in the two speakers’ roles in the media.