Know your ballot: A guide to the 2018 midterm elections 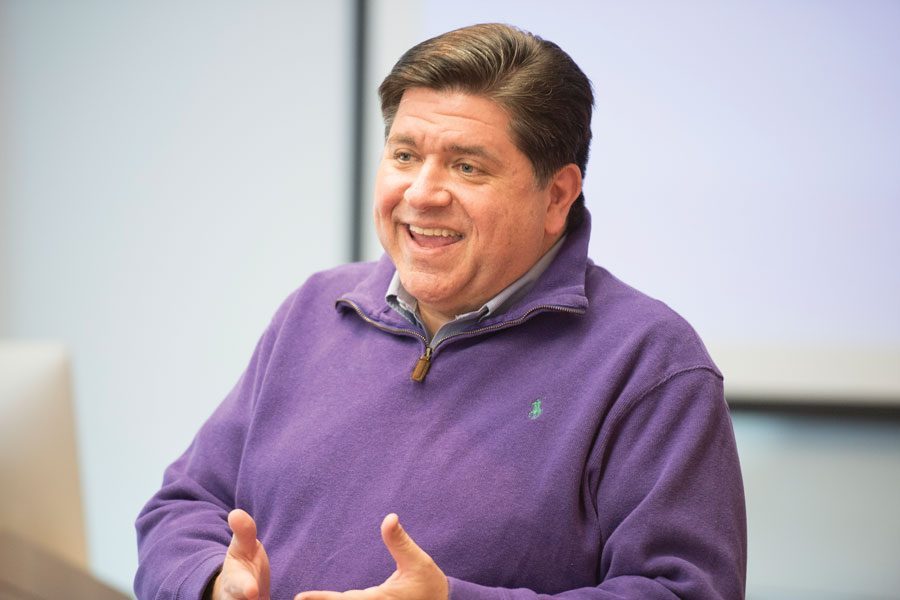 This November, many new students will be able to officially voice their political opinions for the first time in the upcoming midterm elections. But whether you’re registered to vote in Illinois or not, you’ll need to be well-versed in the election if only to score a few extra points from your TA in your poli sci discussion section.

All of the state’s executive officers will be up for election, including governor, lieutenant governor, attorney general, secretary of state, comptroller and treasurer. You’ll also see one state Supreme Court justice on the ballot, along with five Illinois Court of Appeals judges. Cook County will hold general elections for county commission president, county commissioner, county clerk and county sheriff, among other positions.

Here are some of the most important ballot items to look out for — from Springfield to Washington.

Illinois’ gubernatorial election is shaping up to be the country’s most expensive in history — billionaire businessman J.B. Pritzker is running on the Democratic ticket against Republican incumbent Gov. Bruce Rauner. Since winning the primary in March, Pritzker has spent more than $21 million, more than doubling the $8.4 million spent by Rauner. Rauner has been named one of the country’s least popular governors and has overseen a severe financial crisis in the state. Pritzker, on the other hand, has been criticized for establishment political ties and corruption allegations.

U.S. Rep. Jan Schakowsky (D-Evanston) is up for reelection in November against Republican candidate John Elleson. Schakowsky has represented the majority-democratic district since she was elected in 1998 and did not face a challenger in the Democratic primary earlier this year. Elleson, an Arlington Heights pastor, won the March 20 Republican primary with 40.5 percent of the vote.

In the State Senate, one of Evanston’s two representatives is up for grabs. Current state Rep. Laura Fine (D-Evanston) is running to fill the seat occupied by state Sen. Daniel Biss (D-Evanston). Biss ran and lost against Pritzker in the Democratic gubernatorial primary. Fine will face Republican Joan McCarthy Lasonde, who previously ran against Schakowsky for the U.S. House of Representatives in 2016 and was defeated by 33 percentage points.

All three of Evanston’s seats in the state House of Representatives are up for grabs this November. Incumbent Rep. Kelly Cassidy (D-Chicago) is running unopposed, and incumbent Rep. Robyn Gabel (D-Evanston) will face Republican Julie Cho. State Rep. Fine freed up her seat in the state house when she announced her run for state senate, leaving the seat open to Democratic candidate Jennifer Gong-Gershowitz or Republican candidate Peter Lee.