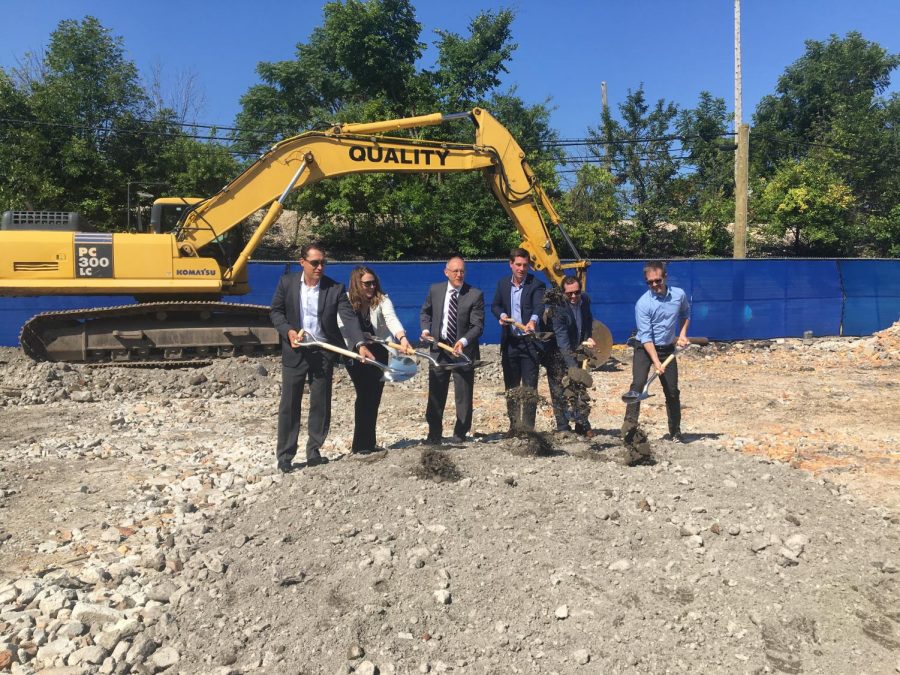 Evanston Mayor Steve Hagerty, who attended the groundbreaking ceremony, said his family had fond memories at Tommy Nevin’s Pub and Prairie Moon, which were demolished to build the new tower. He said that even though the restaurants are gone, it allows for new memories to be made in the new building.

Hagerty added that the building will bring more people to the city that will engage with local shops and restaurants and help grow the “vitality of Evanston.”

“(None) of the stakeholders during the process of zoning, nobody got exactly what they wanted and that’s what compromise is all about,” Koehn said. “We do believe that by the time we’re done that most people will see what’s going on here. The future is really what we’re talking about.”

Koehn added that he’s looking forward to Albion being a “long-term member and partner with the community.”

Andrew Yule, Albion’s vice president of development, told The Daily Albion is “excited” to begin construction and be “part of the neighborhood.” He said the building will be “multi-generational” and hopes that it will bring different people in the community together.

“Today is the beginning of a new day,” Yule said. “All of us have a lot of memories between Prairie Moon and Tommy Nevin’s but overall we’re looking forward to the delivery of this building towards the end of 2019, beginning of 2020.”