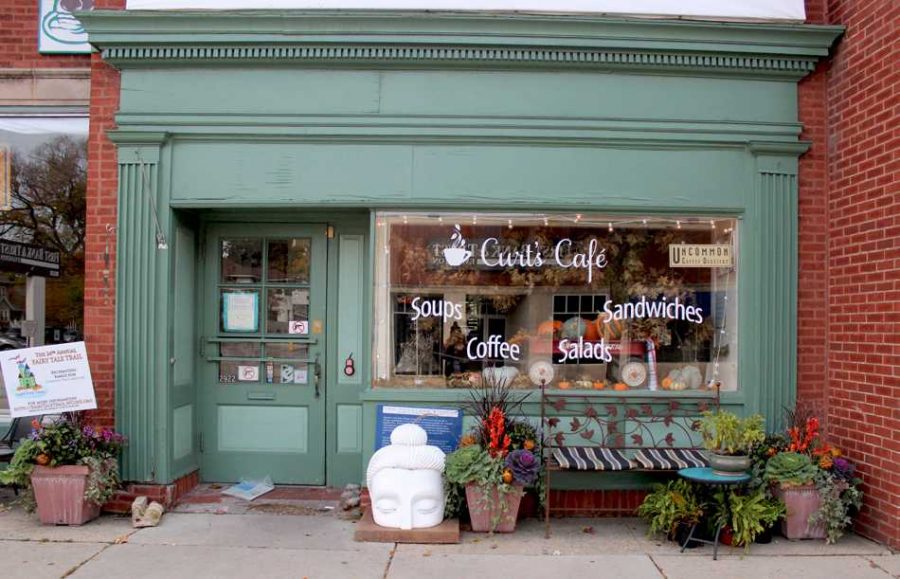 Curt’s Cafè, 2922 Central St. A community group in Lake County is seeking to open a Curt’s location in Highland Park.

When Susan Garcia Trieschmann first opened Curt’s Café in Evanston in 2012, she and her husband had to fund the entire operation out of pocket. Six years and two cafe locations later, an entire community is coming together to fundraise opening a third Curt’s Café in Highland Park.

Curt’s Café seeks to provide at-risk or formerly incarcerated young adults with marketable skills and employment opportunities, according to its website. The cafe currently has two storefronts in Evanston.

Gail Schechter, former executive director of Open Communities, said the Cook and Lake County-based community organization reached out to Trieschmann as a part of The Justice Project initiative. The Justice Project began as a recognition of the work that needs to be done to create “a truly diverse community” in 2015, Schechter said, and the Highland Park Justice Team decided that opening a Curt’s Café would put those principles into practice.

“The folks in Highland Park, they really resonated with what Curt’s Café does,” Schechter said. “It’s a little crucible of a welcoming community.”

Trieschmann said she first heard from Open Communities about two and a half years ago, and the cafe opening has been a group effort since then. The Open Communities team in Highland Park hosted countless coffees and wine and cheese nights to gauge community interest, she said, and the reaction has been overwhelmingly positive.

The vetting process was an extremely important step in the decision to open a Curt’s Café in Highland Park, Trieschmann said. While it is important that residents “can afford a $3 cup of coffee” to keep the business running, she said her first priority was making sure the community would welcome Curt’s Café’s students.

“I just want to make sure our students are always safe,” Trieschmann said. “And not just safe (as in) not getting shot — safe emotionally.”

Trieschmann said she had a “gut feeling” that Highland Park would be an accepting place to open a third Curt’s Café location, and the support from Open Communities confirmed her hunch.

With the help of Open Communities, Curt’s Café recently received a grant from the Lake County Community Foundation. Director of Community Leadership and Investment Maggie Morales said she hopes Curt’s Café’s reach will extend to the greater Lake County community.

“I think the Curt’s Café model is a really strong one, and while the restaurant itself happens to be in Highland Park, our goal was that it would be in a community that was accessible to a large group of individuals who may benefit from those services,” Morales said.

Trieschmann said her team is about halfway to their fundraising goal after a year of engaging with individuals, places of worship and local restaurants for donations and support. While the community support is strong, she said the fundraising process has been a long one.

“In Highland Park, we don’t have a space yet,” Trieschmann said. “It’s very difficult to raise money when you don’t have a brick and mortar. We’re raising money on a hope and a dream.”