Lollapalooza 2018: Who to see and what to eat 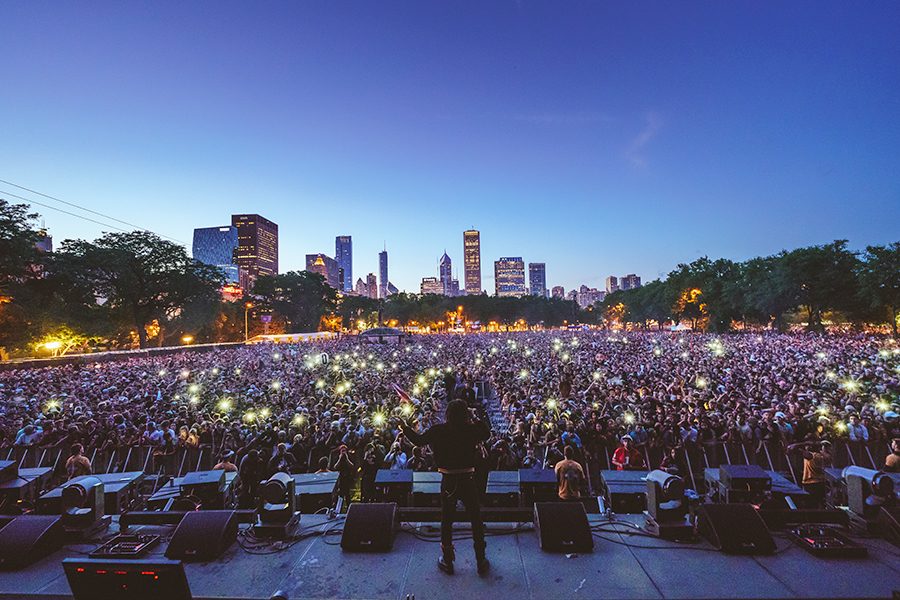 Lollapalooza is an essential Chicago-area experience — four days of crowded trains, blistering August heat and all the music, food and fun you could ever wish for. The music festival will once again take over Grant Park this weekend, Thursday through Sunday. Here is your guide to Lollapalooza 2018:

Big name headliners Khalid, Bruno Mars, The Weeknd and Odesza are great ways to end the night, but there are many other lesser-known artists to check out earlier in the day. One is Femdot, an Evanston-born and Chicago-based rapper. An up and coming artist in the Chicago music scene, Femdot released his album Delacreme 2 in June. He is scheduled to appear on the American Eagle stage at 12:50 p.m. Saturday.

In case you missed his set at Dillo Day this year, Daniel Caesar will also be performing on the American Eagle stage Saturday, but later in the day at 6:30 p.m. Caesar, a Canadian R&B artist, released his debut album, “Freudian,” in August 2017, and also recently played at Coachella.

On Friday, check out Taylor Bennett, playing at 2:30 p.m. on the Perry’s stage, and Lauv at 4:00 p.m. on the American Eagle stage. Bennett is the younger brother to famed Chicago artist Chance the Rapper and at only 21 years old, he has begun a promising career as a rapper himself. Lauv recently broke charts with his catchy hit “I Like Me Better,” released in May on his album “I met you when I was 18.” See the San Francisco-born artist live now as he continues to grow in popularity.

Just as important as planning which artists to see is deciding which of the dozens of food vendors will fuel your weekend at Lollapalooza’s Chow Town. Edzo’s, the Evanston-based burger shop, is attending once again to meet all of your burger, fries and milkshake needs.

Cheesie’s Pub and Grub will also have a booth at Lollapalooza. Be sure to stop by the grilled cheese shop, which just closed their Evanston location, to get the cheesy, carb-filled sandwich you’ve been craving since June. For more Evanston eats, head to Harold’s Chicken Shack to gorge on greasy fried chicken and fries.

If you’re looking for the most authentic Chicago food experience, Lou Malnati’s will have a booth serving up deep dish pizza and Chubby Wieners will be selling Chicago hot dogs (just remember to skip the ketchup).