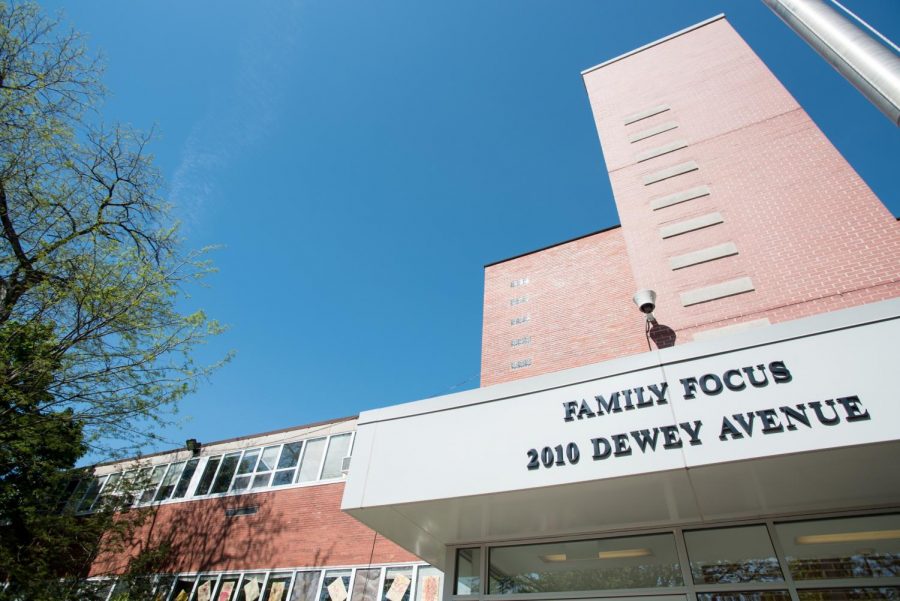 The Evanston Preservation Commission passed a motion to support the designation of the former Foster School building as an Evanston landmark during a meeting last week.

The Foster School building, located at 2010 Dewey Ave., housed the only school in the historically-black 5th Ward until it was closed in 1979, after the school district began bussing students to other wards in efforts to eliminate de facto segregation. Residents of the 5th Ward continue to advocate for a neighborhood school in the building.

Northwestern Press Production Manager Dino Robinson submitted the initial application to designate the building a historic landmark. Robinson serves as the founder of Shorefront Legacy Center, an organization that seeks to record and archive the black history of the northern suburbs of Chicago.

“The structure at 2010 Dewey Avenue embodies a sense of community that has stood for over a century in the city of Evanston,” Robinson said.

In a presentation to the to the commission, Robinson said that the building deserved to be preserved for its cultural and historical significance as a center for the black community in Evanston. He added that the Foster School was one of the first schools in Evanston where black teachers could find employment.

He also mentioned several alumni of the school who went on to distinguished careers, such as Evanston’s first black chief of police William Logan and “Queen Sugar” actress Tina Lifford, as examples of how the school set up its students to succeed both in the Evanston community and in the greater world.

The application to deem the building a historic landmark was met with opposition by the current owners of the building, nonprofit Family Focus. According to representative attorney Bridget O’Keefe, Family Focus feels protective of the building, which is the only property the organization owns rather than rents. She added that they were uncomfortable with the motion being submitted by a third-party that did not own the site.

O’Keefe said Family Focus believes the building does not fit the criteria of “historical authenticity” that is considered when making a building a landmark, citing additions and alterations to the building and a fire that destroyed most of the building as examples of how it has changed and evolved over time.

“We believe it is important for a landmark building to be able to convey a sense of history that it reflects,” O’Keefe said. “The center has evolved over time, and no longer resembles the building that was originally constructed.”

The commission members, during deliberation, agreed with Family Focus that the building’s current condition prohibits it from architectural significance. However, the commission ultimately decided that the building is eligible for landmark status on the grounds of its historical and cultural significance for the City of Evanston, and passed the motion. Under the terms of the motion, the Commission will create a report recommending that the City of Evanston government officially classify the building as a historic landmark.

One of the members of the public who spoke on behalf of designating the former Foster School as a historic landmark was former 5th Ward Alderman Delores Holmes. An alumna of Foster School who ran the Family Focus program from 1983 to 2012, Holmes said she knew the building better than almost anyone else in the community.

Holmes said the building should be given landmark status to preserve one of the last remnants of Evanston’s black culture.

“All of the things that should be landmarks for us, except for that building, is gone,” Holmes said. “Those things are gone from our community. And so, the building, the Foster School, Family Focus building, is the only physical thing that we can look at as a community that’s still there.”