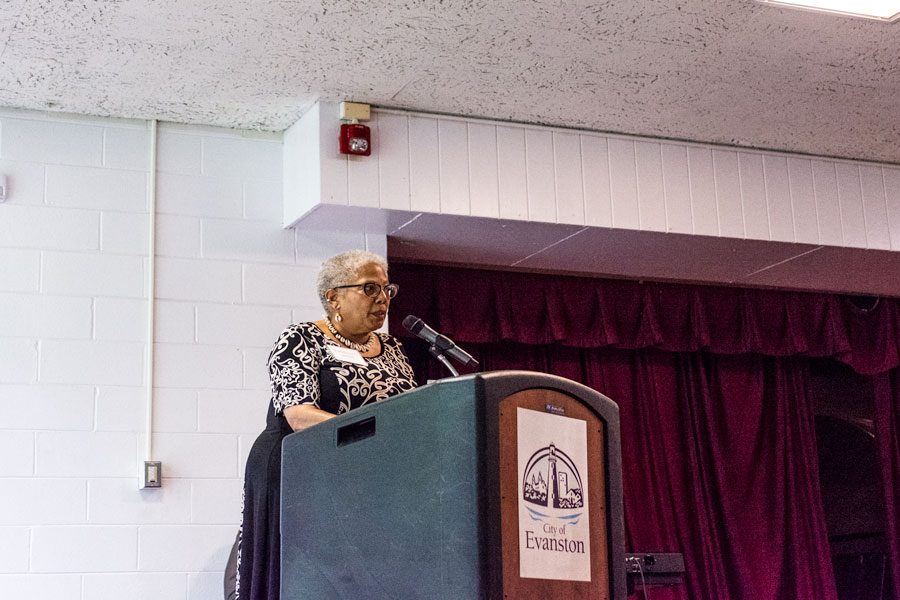 Northwestern University hosted a community luncheon on Wednesday to recognize the organizations and members of the Evanston community who supported the 1968 Bursar’s Office Takeover.

Bennett, who served as the “master of ceremonies” at the luncheon, thanked Evanston organizations and local businesses for supporting students during the Bursar’s Office Takeover in 1968. The luncheon also honored NU alumni who were on campus during the Takeover.

On the week of the 50th anniversary of the Takeover, Black Lives Matter NU, the Latinx Asian American Collective and Students Organizing for Labor Rights submitted a list of 47 demands to the University. The list called for the University to departmentalize the Asian American Studies and Latina and Latino Studies programs, improve campus culture for black students and improve working conditions for University employees.

Bethel gave a comprehensive history of the campus environment and events leading up to the 1968 Bursar’s Office Takeover at the luncheon. She joined NU in 1982 and has stayed active in advocating for black students’ rights on campus.

“I’ve always enjoyed that for decades, students mark the Takeover as indestructible black consciousness week,” Bethel said. “A week of programming for our story to be told and continued.”

Bethel added that her position was not created until after the Bursar’s Office Takeover, however, the African American studies library was created in 1938 when anthropologist Melville Herskovits came to NU to study Africa. The library is the “finest collection on Africa in the world” and it has attracted many black students to attend the University, she said.

During the luncheon, Evanston Mayor Steve Hagerty commended the Evanston community for supporting black students and fostering an inclusive community for them outside of NU.

“Over the course of your life, there are a lot of people’s names you’ll forget, but you’ll never forget the names of the people who stood up for you,” Hagerty said. “This is just one shining example of many of what this community stands up for.”

Hagerty added that it was “no surprise” to see many of the supporters of the Takeover at the luncheon because they continue to stand up for members of their community who are struggling.

Bethel told The Daily that she appreciated the commemoration of the Bursar’s Office Takeover as it reminded students and the University that there still are actions, conversations and concerns over the same topics 50 years ago.

“The struggle is never ending,” Bethel said. “Always be aware of the societal conditions and how it affects others, not just yourself.”