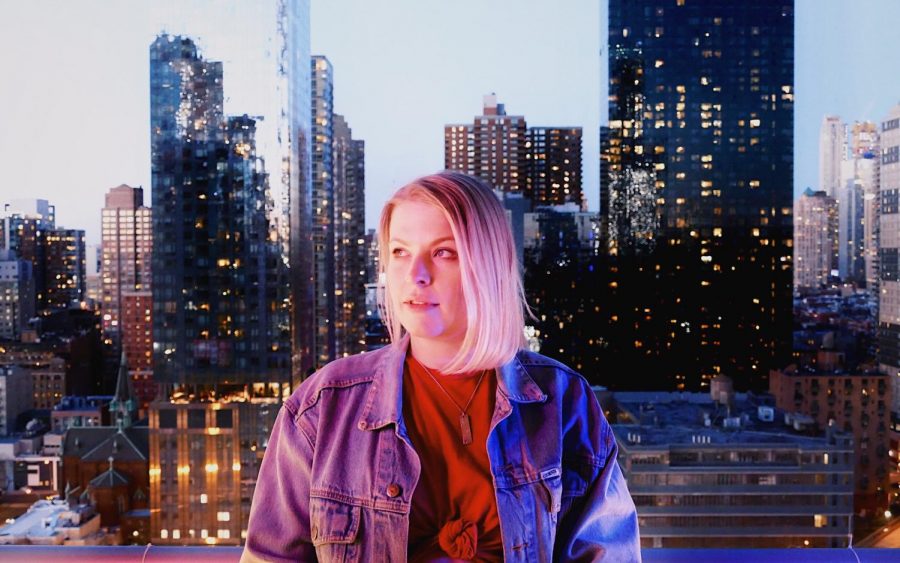 When Charlotte Morris got into Northwestern, she made a five-year plan. Though she wasn’t sure which a cappella group she would join or how many student theater productions she would perform in, there was one sure thing — someday, she would move to New York City.

Five years later, Morris (Communication ’17) is living out her dreams. Not only did she make it to the city that never sleeps, she also released a five-track EP about her experience on June 1, titled “To New York, With Love.”

Morris initially moved to New York City with the intention of pursuing theater. She arrived with a talent agent in tow and auditions lined up, but “waking up at ungodly hours” for auditions and facing a steady stream of rejections quickly got old, she said.

To work through her mixed feelings of anxiety and excitement about her post-graduate transition, Morris returned to her musical roots. Morris said she started writing songs at an early age — even releasing a single on Spotify in 2011. But in college, she focused on theater, and ultimately returned to songwriting as a form of personal reflection rather than a conscious career choice, she said.

“Writing the music and being able to spend so much time with it in the studio … that for sure helped me fully process what’s going on and settle into the fact that this is my life now,” Morris said. “I get to create my own art and express all of the crazy feelings that I’ve been feeling this past year through my music.”

Conor Keelan (Bienen ’16), who worked alongside Morris in NU’s X-Factors a cappella group and the Waa-Mu Show, helped record and edit the EP. Keelan agreed that creating the music was a more personal endeavor than other projects he’s worked on.

“This is the first time that I had really done something that was just a couple of friends coming together like, ‘Let’s make something that we all think is really great,’” Keelan said. “That infused the project with a lot of fun and a creative energy that comes through.”

“To New York, With Love” follows a chronological trajectory of Morris’ adjustment to city life, she said. The songs on the EP describe the good, the bad and the ugly of living in New York City, from the initial feelings of uncertainty she describes in “Finally Home,” to the sexual harassment she responds to in “Call Me Baby.”

Another track, “City That Never Sleeps,” is a bubbly, pop-country tune that will be featured in a music video Friday. Morris said she sought the expertise of her NU classmate Eddie Sánchez (Communication ’17) in filming and editing the video.

“‘City that Never Sleeps’ is her falling in love with New York as she’s living it,” Sánchez said. “I thought that the song was just wonderfully earnest … so I kind of played around with this dreamy fantasy idea of what Manhattan is, versus the nitty gritty logistical disruptions that you encounter as you’re trying to maneuver through the city.”

Morris said while the EP was originally meant to end with the title song, “To New York, With Love,” she was moved to add a bonus track, “Give Love a Try,” after performing in a folk tour with singer Peter Yarrow from the band Peter, Paul and Mary in winter 2018.

The singer-songwriter said she was so touched by the powerful impact Yarrow’s music had on audiences, she burst into tears upon returning home from her first weekend of the tour.

“I was like, ‘I want to do that. I want to make music, and have that effect on people, and do something bigger with my music,’” Morris said. “I don’t foresee myself going into a career where I’m going to make a difference with legislation, but there are still so many other ways to have an impact on people, and music is a huge part of that.”